The girl from Ipanema

It seems strange to be writing about New Year in August but that’s the point we’re up to in the blog. Having enjoyed the first truly delicious gluten free breakfast thanks to our lovely hosts at Casa 48 we headed down to Copacabana beach.

Kass and Helen had treated themselves to a beach side hotel room for the night and we were able to leave our additional bags etc there for the day.

There were already a lot of people on the beach front and the street vendors were doing a roaring trade as were the super markets. I’ve never seen a queue like it! Had we been smart, one of us would have joined the queue while everyone else gathered the drinks and food we needed for the day and night and ferried it back to the queue. As it was, the best part on an hour passed us by before we emerged with our shopping! At least we were stocked for New Year now.

Back out and down to the front. The beach at Copacabana is huge! A sweeping curve of glorious golden sand as far as the eye can see. Kass and Helen’s hotel was at the opposite end to the stage for the New Year celebration and we were more than happy to set up camp in this less frenetic spot. 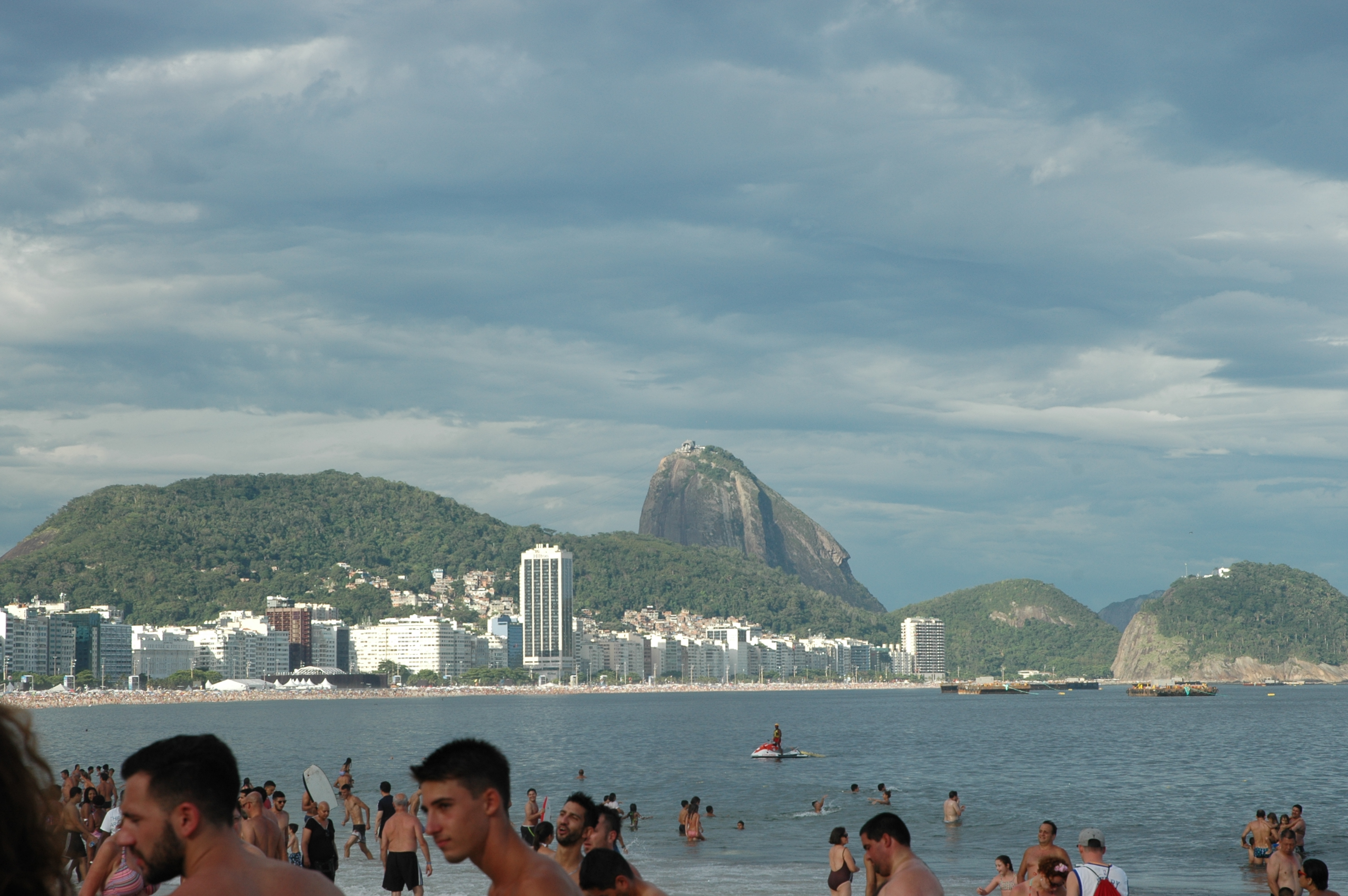 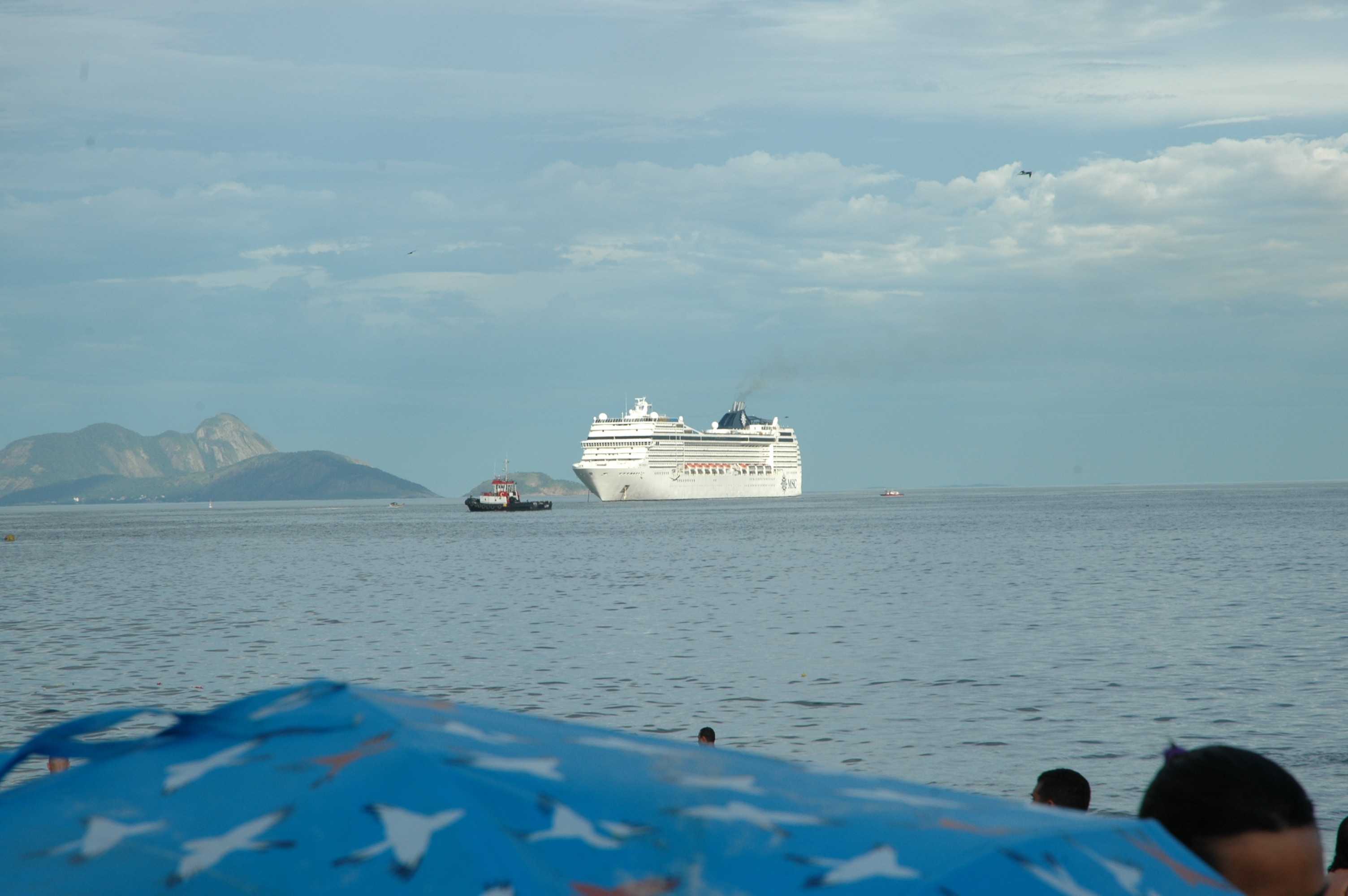 Luckily for Dom and I who don’t fare well in the hot sun, the day was cloudy and overcast but very warm. The amount of pink and red skin on show was testament to the fact that an overcast sky doesn’t stop the UV.

Talking of skin, Brazil is a place where body consciousness doesn’t exist. All shapes and sizes sashay down the beach oozing confidence. Bikinis are just as likely to be seen adorning the over 70s as the youngsters and budgie smugglers seem to be the weapon of choice for men of all ages. There is also an excessive amount of gorgeousness on display. All colours, all races, all ages – New Year in Brazil is definitely the place for the beautiful people.

Following a picnic on the beach Dom and I left Kass and Helen to sunbathe while we explored the neighbouring beach at Ipanema. A short ten minute walk through a park (you can’t walk around the headland) and we arrived at this beautiful beach. Copacabana is pretty impressive in terms of size but the water is a bit murky in colour. Total contrast at Ipanema where the beach is smaller and the sea is a sparkling turquoise (although still not totally clear). 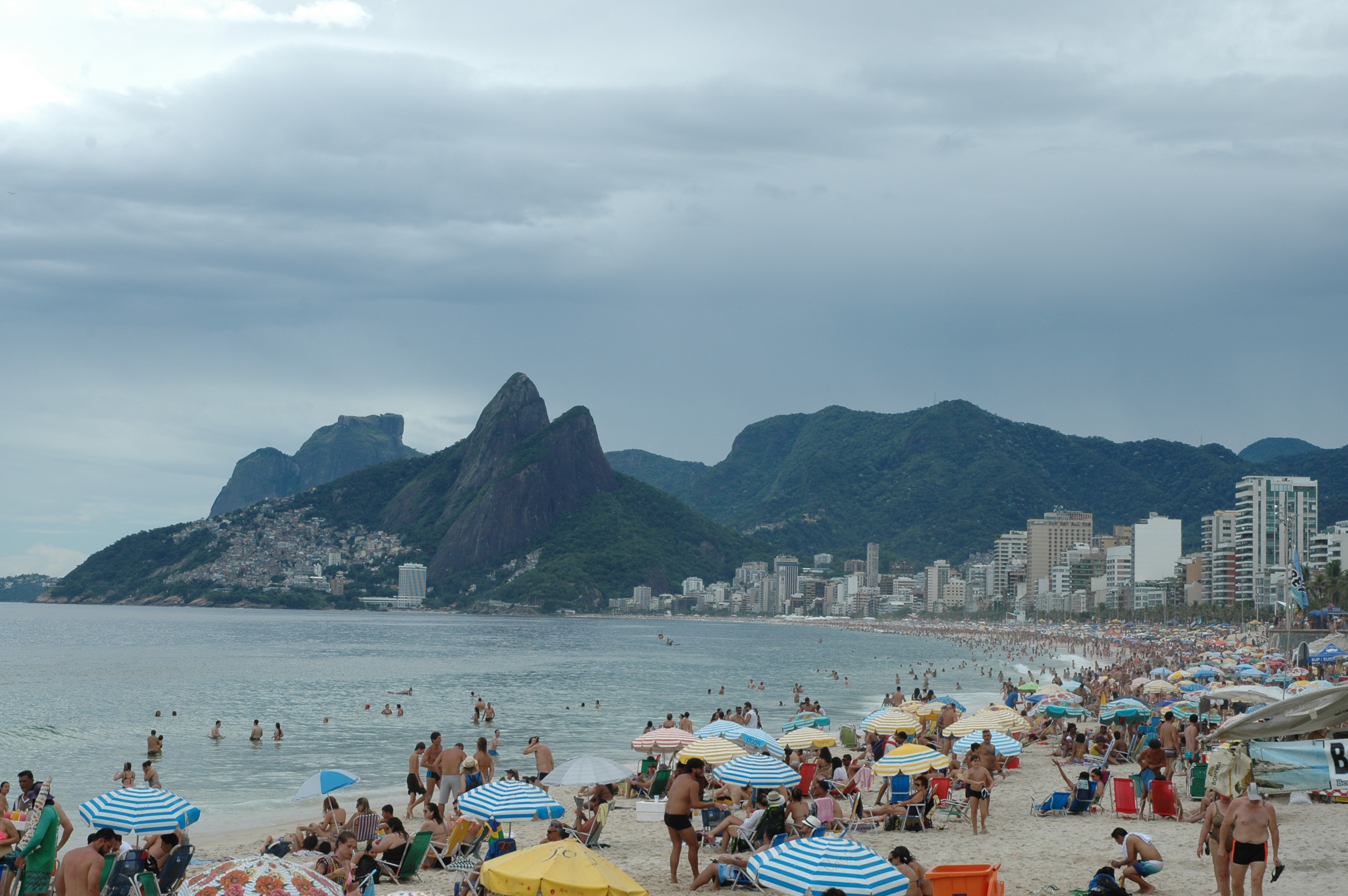 We found a little beach front cafe to enjoy a snack with a view. Watching the array of beach games and activities was a great form of people watching.  Strolling back up the beach, splashing through the shallows we headed for a rocky outcrop. The summit gave us a stunning view up the length of Ipanema. The striking mountains which soar up like something from a James Bond film made a fabulous backdrop. 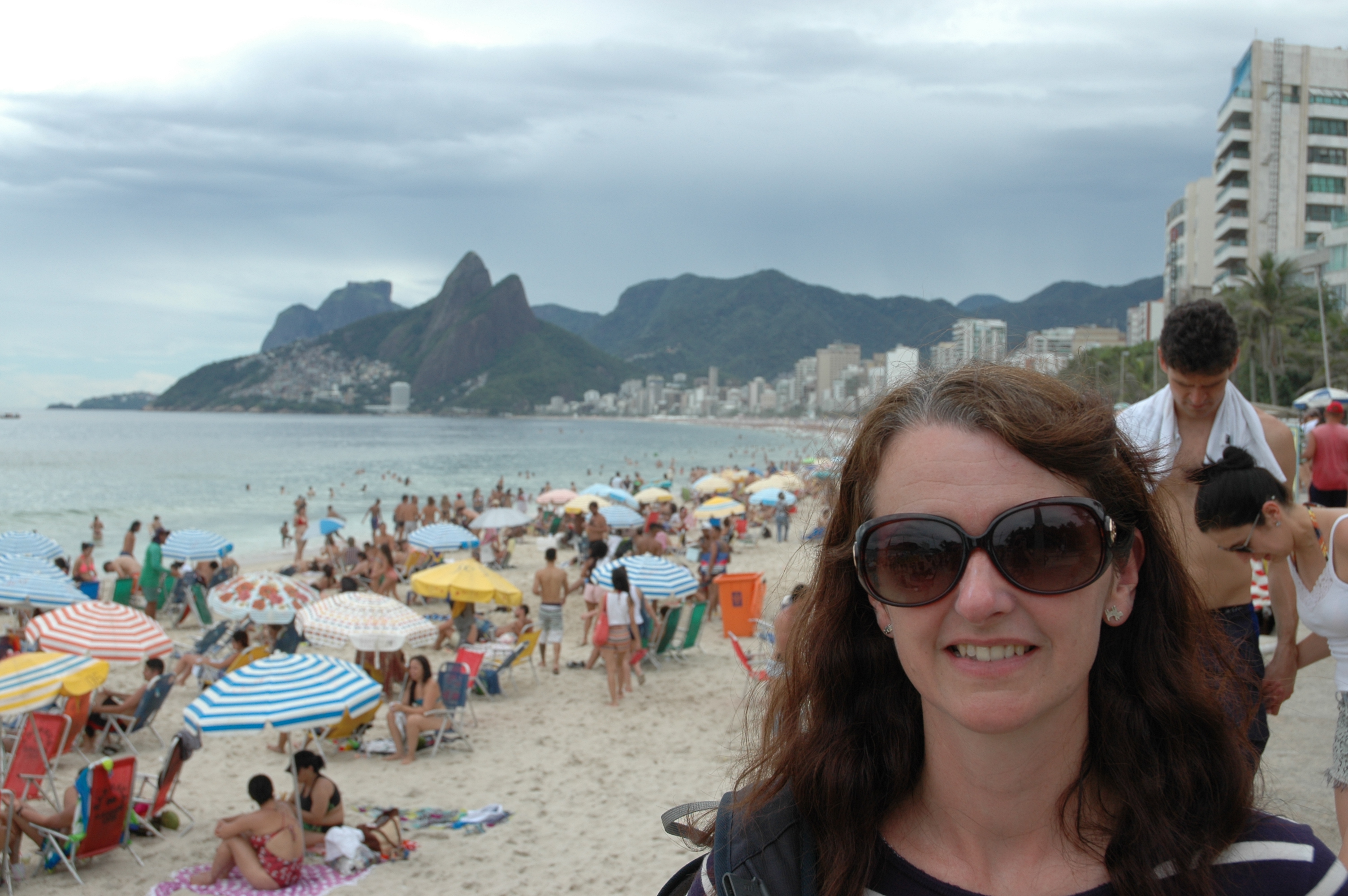 Despite Ipanema being the prettier beach Copabana is the one that people flock to for the New Year celebrations and it was there we rejoined Kass and Helen. They’d managed to secure some beach chairs and it was while we were sitting there that we experienced the Brazilian humour.

There are many people who scrape a living by collecting rubbish from the beaches and exchanging this for money or food and drink. Many of them are homeless but this gives them a purpose and a sense of doing something for the community. One of these men was collecting our rubbish and started to point at Dom and utter ‘Mucho Blanco’ Another tourist stepped in to translate and essentially said

“He’s never seen anyone with such pale skin. It’s so white! It’s like it is blinding him like the sun!”

To which Dom quipped “Well this is the best tan I’ve ever had!”

There was much shaking of hands, laughter and good feeling as he made his way further down the beach.

And this sums up the atmosphere on Copacabana in the lead up to New Year.  Lots of good will, smiling faces, laughter and a great atmosphere. We were looking forward to the next few hours.