Sugar and Spice and All Things Nice!

The three things everyone mentions when you talk about Rio are Copacabana Beach, Christ the Redeemer and Sugar Loaf Mountain. Well we’d ticked one off our list, now for the others.

New Year’s Day, just like at home had been one of snoozing, lazing, recovering and eating. By the second of January we were ready to get out and about again. This being the first working day my first stop was the bank.  I won’t bore you with the details (of which there are many) but essentially, I’d found my bank card and just needed to unlock it. HSBC no longer operate in Brazil but the bank who now occupy that building were soooooo helpful. We resorted to Google Translate as we attempted to resolve the issue. The man there was so unbelievably kind and patient and it was hugs all round when we finally left the building. My one lesson from this is if you are with HSBC take your secure key code machine thingy with you! It would have made things much easier.

With all that palaver out of the way and a much needed late lunch, we could finally get on to the main event for the day – Sugar Loaf Mountain. Or to give it its Portuguese name  Pao Acucra or Sugar Loaf Park.

The cable cars and Sugar Loaf are iconic thanks largely to James Bond battling Jaws in one during a memorable movie scene. And of course that car is still there for people to see, once you actually get up there. Unfortunately we didn’t get a photo of that, so this cable car will have to do the job! 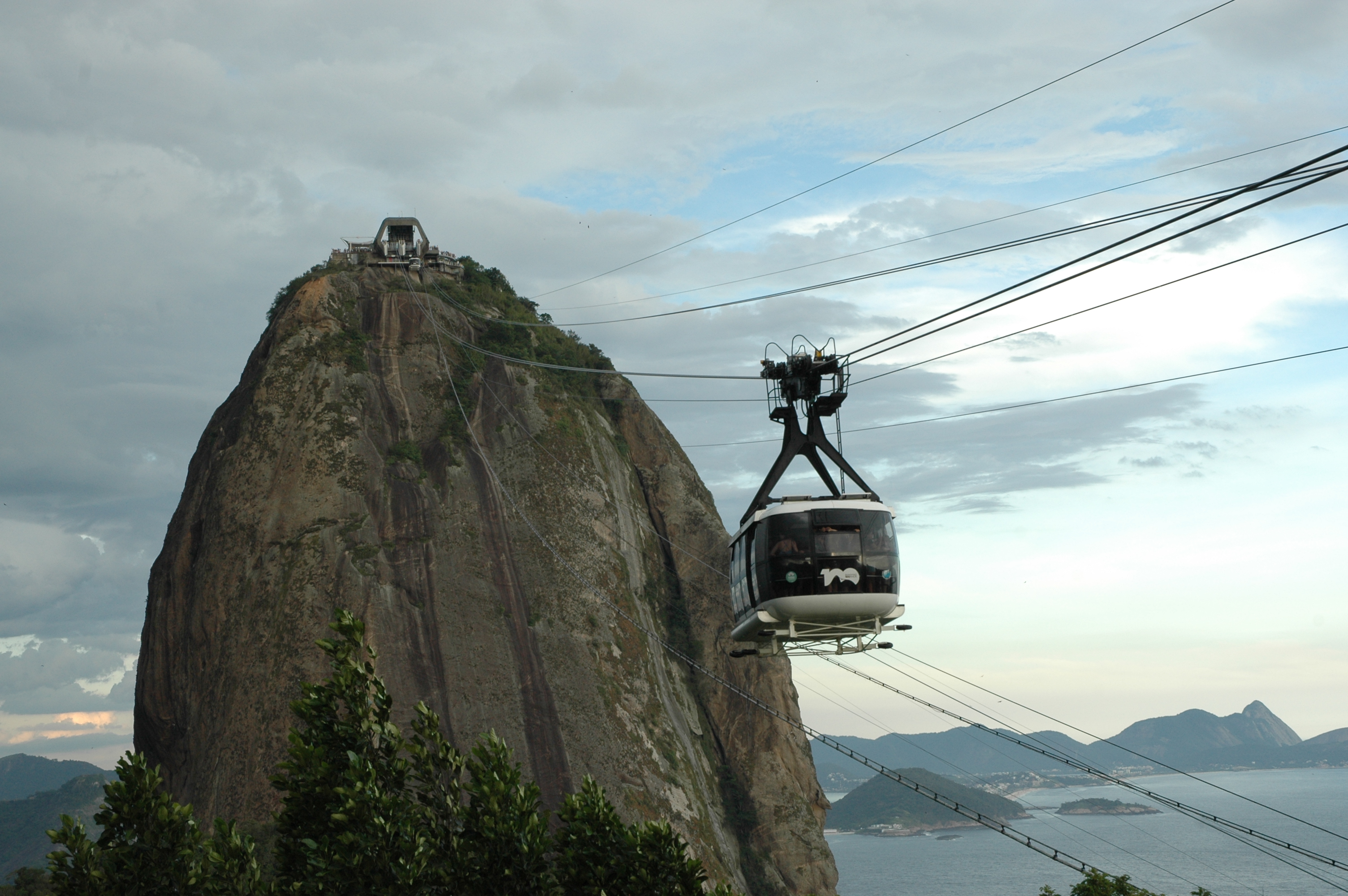 It appeared that most of the tourists in Rio had done as little as us the day before and everyone was now out in force and heading for Sugar Loaf. We joined a long snaking line at 4pm. The heat was intense and once we actually made it into the building this didn’t get any better. At 6pm we finally stepped onto Cable Car number one.

This takes you to the top of the first part of Sugar Loaf, the lower bit of the bread if you like which gives a great view back over to Christ the Redeemer. 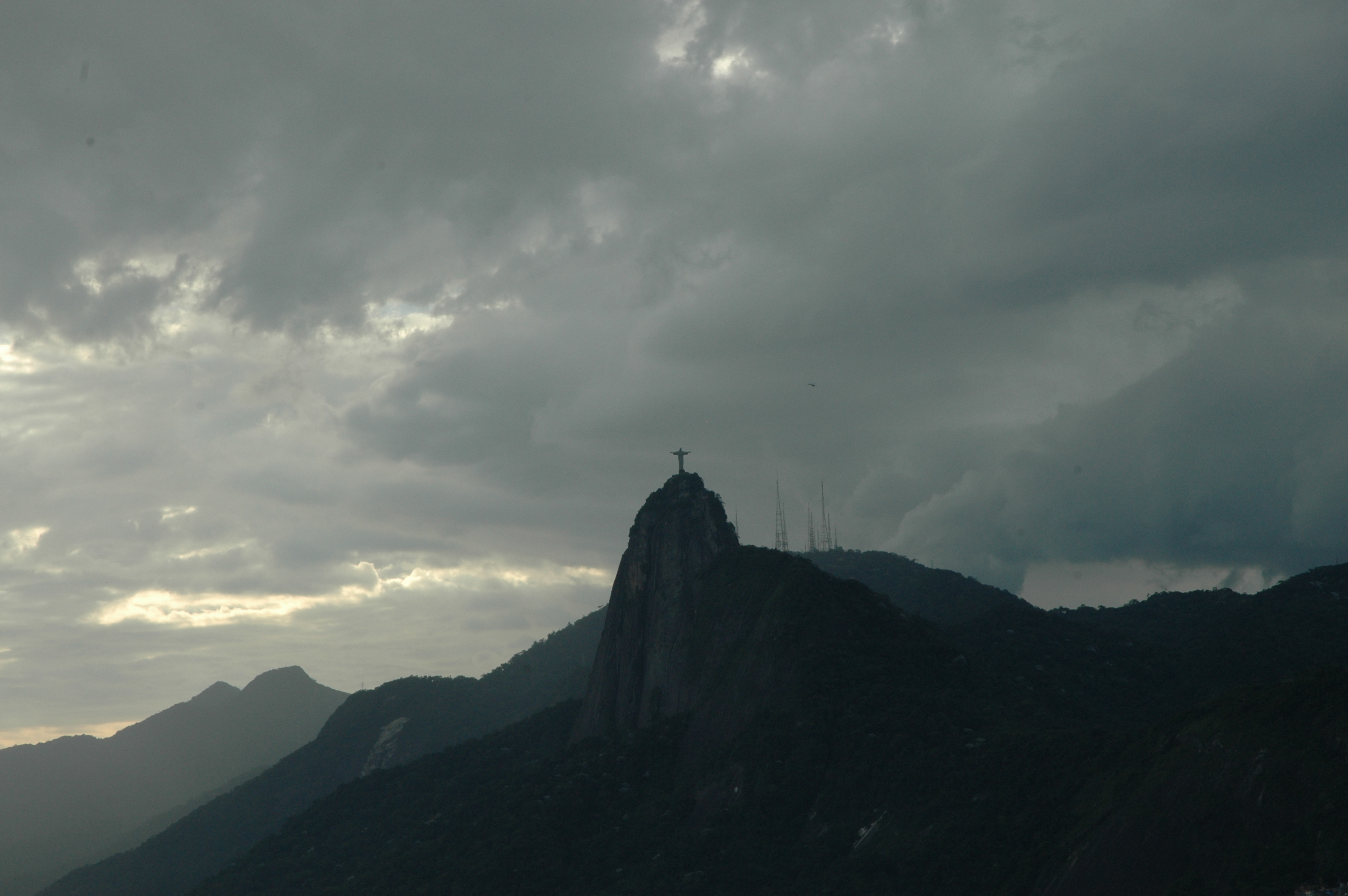 We promptly joined another queue and eventually found ourselves at the top of the mountain. Three hours of queuing and a whole lot of people all vying for space and the perfect photo location was more than a little draining.

By now, the sky had turned a forbidding grey and over on the far side of the bay lightning could be seeing flashing and forking its way to the hill below. Sheet lightning joined the show and the rumbles could be heard all around.  It was certainly dramatic. Added to this we could see the aeroplanes approaching the runway. They swooped down between the mountains looking like huge birds before landing on a piece of tarmac that looked far too small from our vantage point. 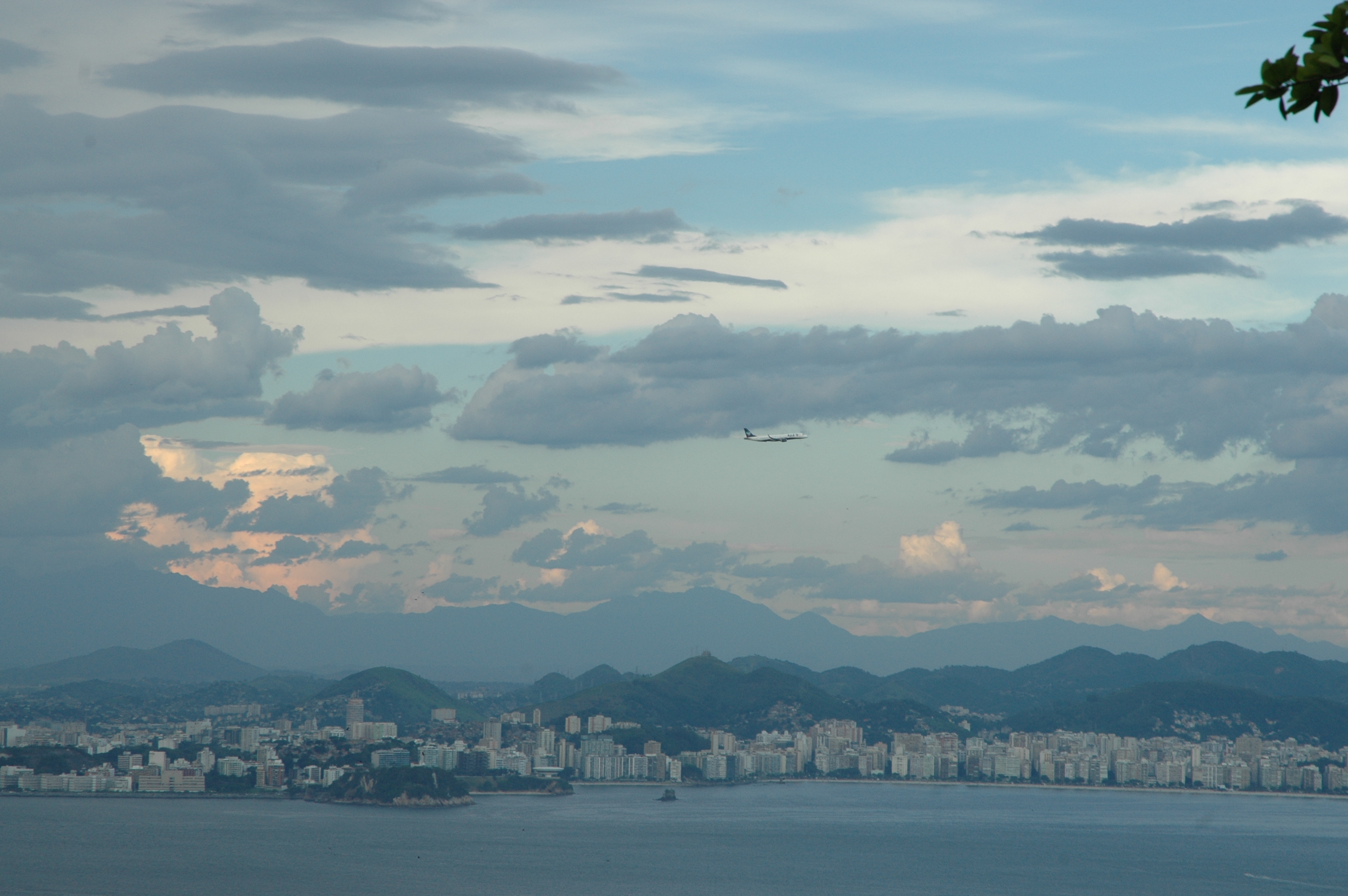 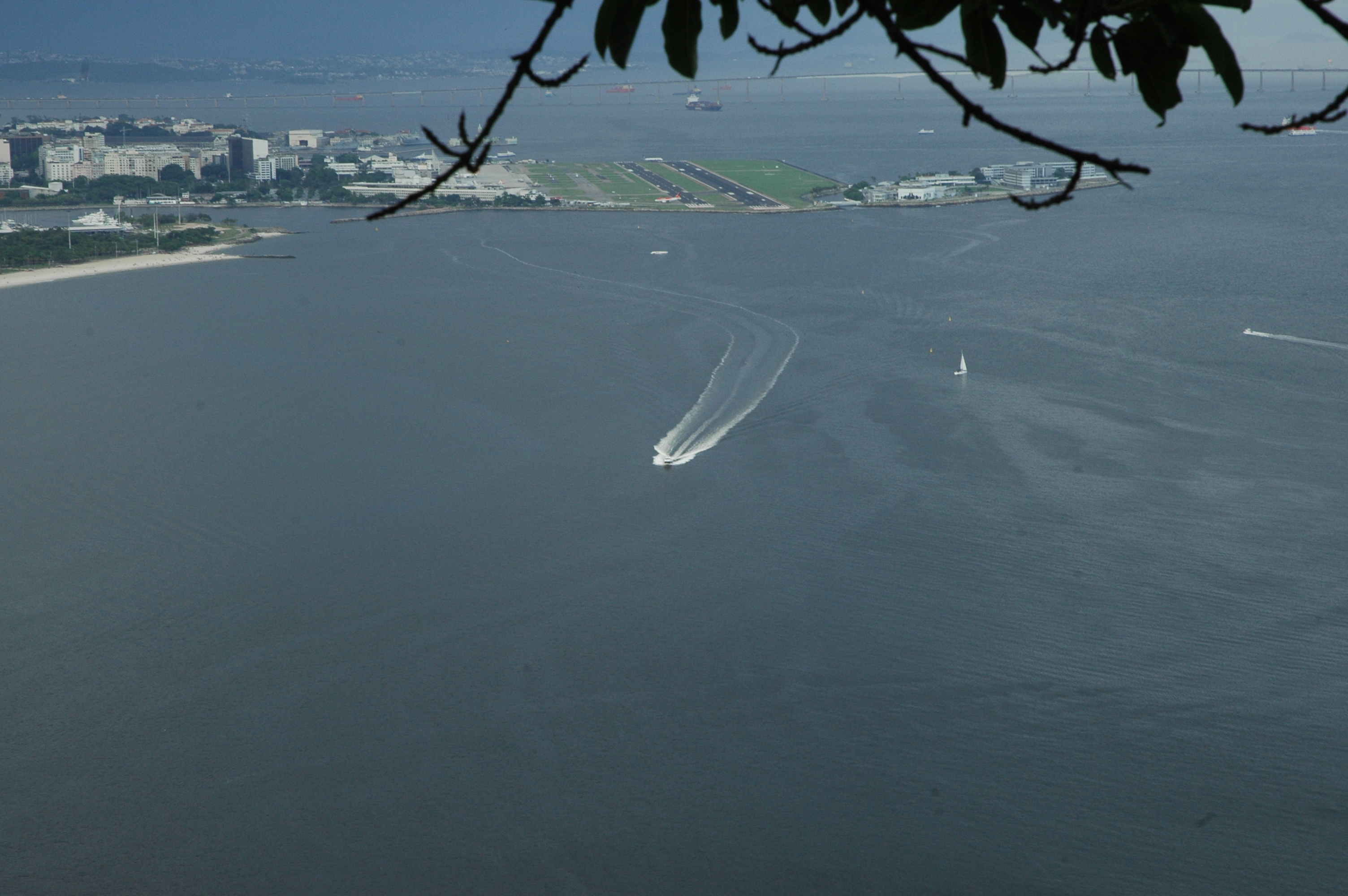 The weather show continued as rain and sun took part in their age old battle before declaring a truce with a rainbow. We may not have had the sunniest view from the top of Sugar Loaf mountain but we’d definitely had the most striking. 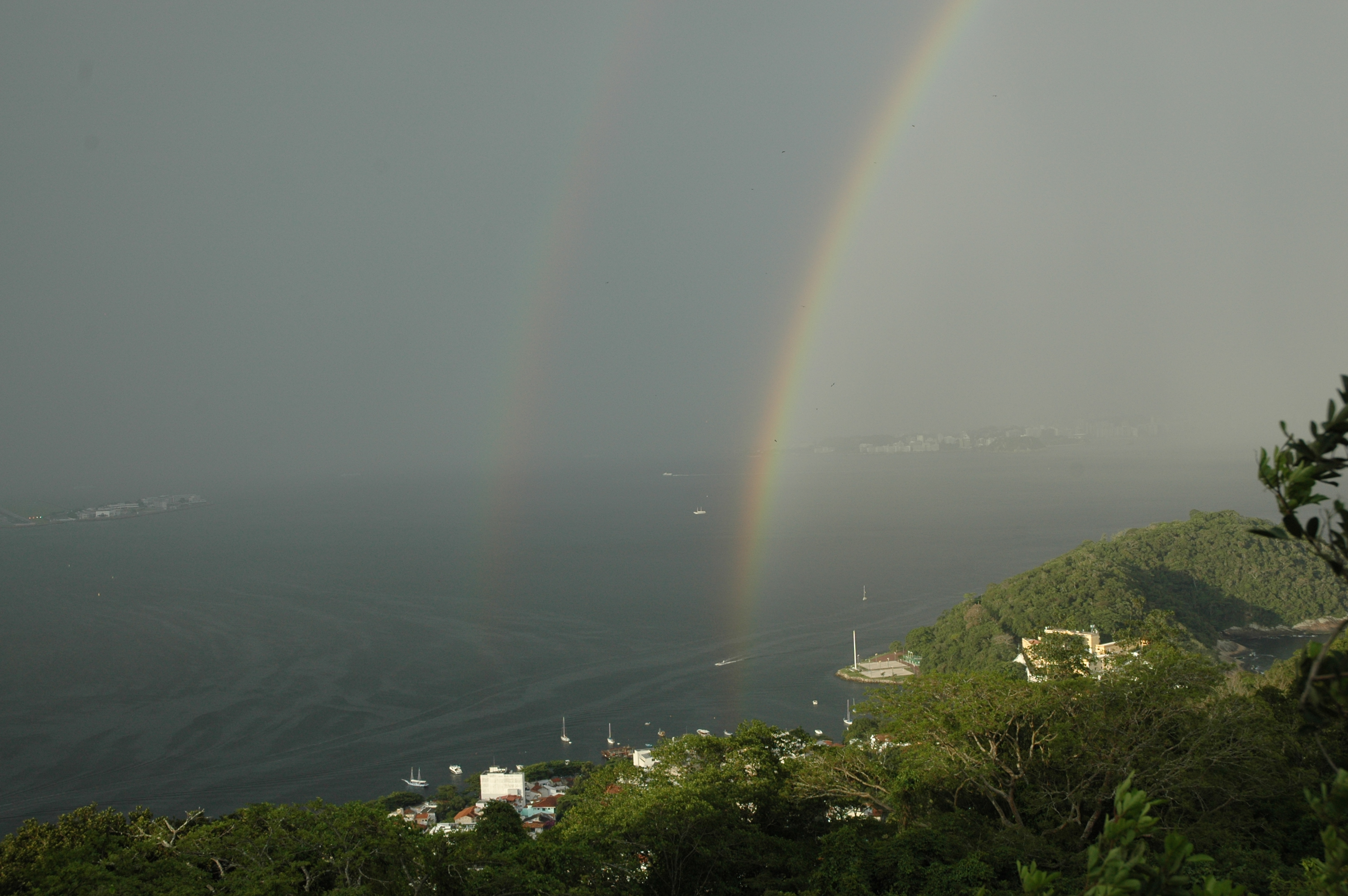 And so the journey back down. The night was just starting to draw in and Christ the Redeemer could be seen glowing on its hill across the city. The lights in Rio sparkled and twinkled as our cable cars made their way down through mountains, past undergrowth and over beaches. Rio sure does know how to put on a show! 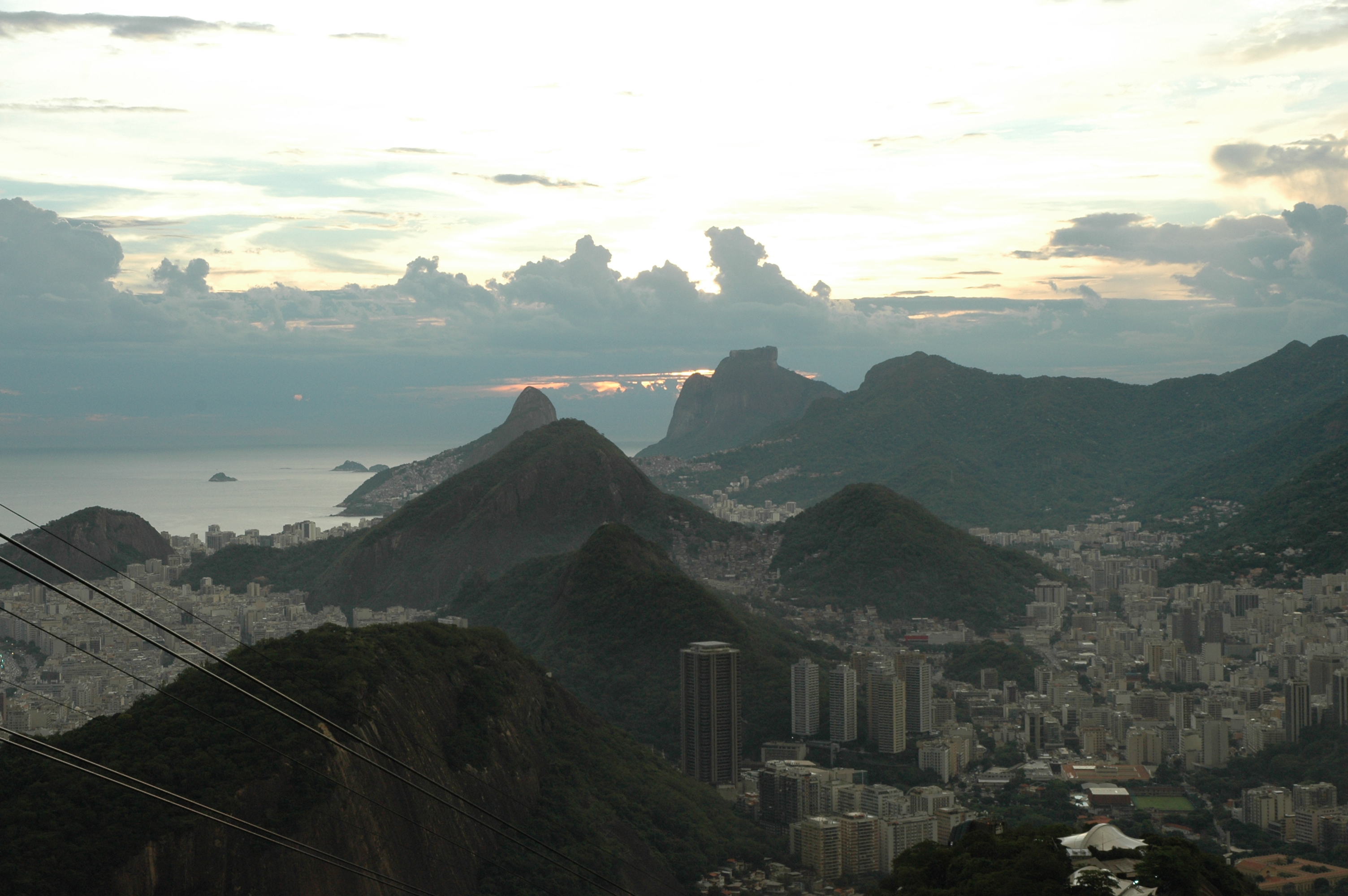 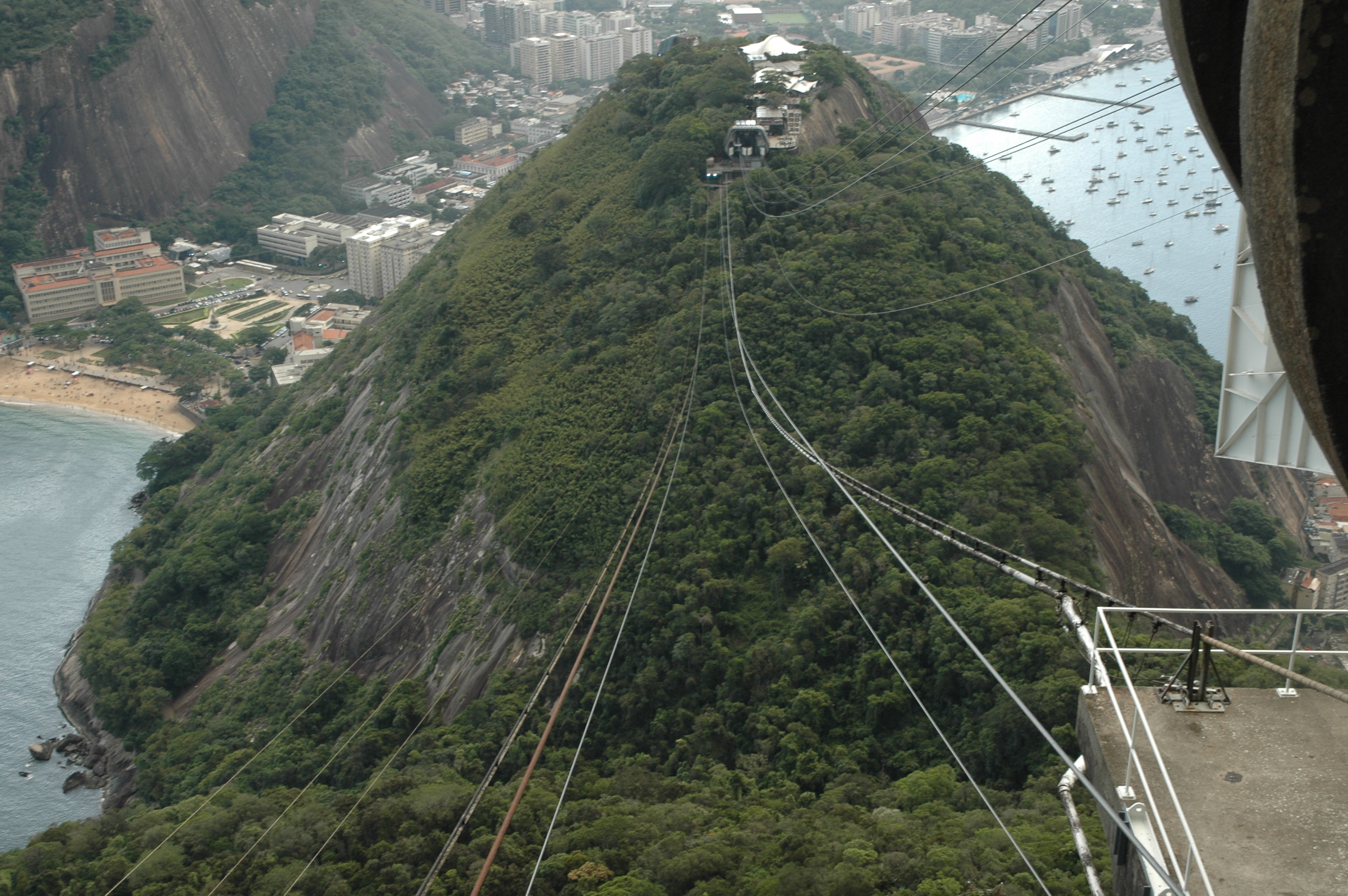 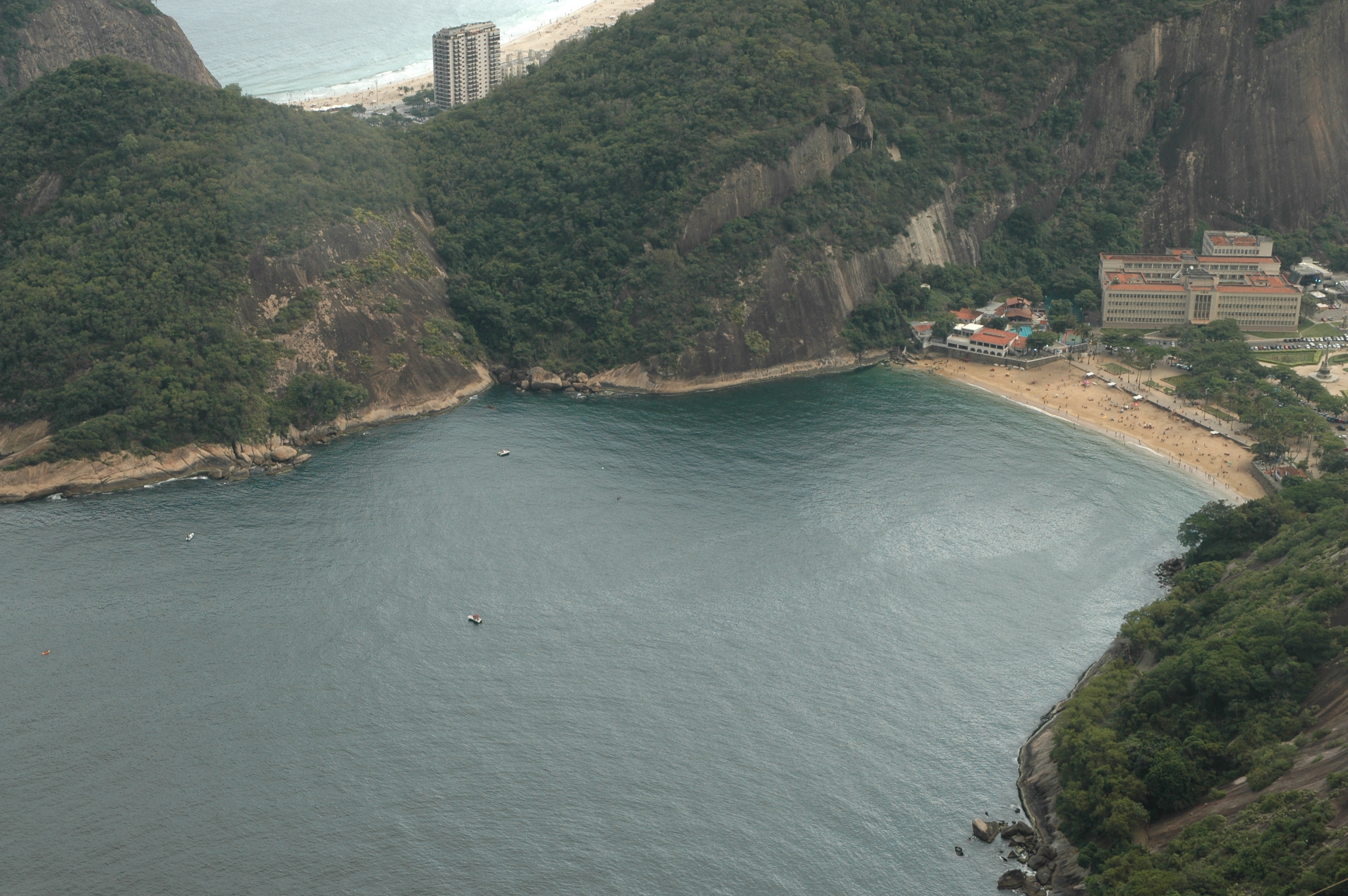