During our trip away we’d seen many fabulous sights but the two that moved me to tears were Machu Picchu and Iguassu Falls.

The Argentine side of the National Park is well organised with trains, well maintained paths, maps and signs galore. Just the walk up to catch the train to the Garganta del Diablo (The Devil’s Throat) was an experience. The jungle was alive with sights, sounds and of course smells – sunscreen, bug spray and sweat being the strongest!

There were also plenty of signs warning us about the creatures we might see at Iguassu. Including a rather alarming one about Jaguars – stick together, make your party seem loud and noisy and move on quickly. Well I think we would all definitely comply with the latter!

As you might expect, some of the local wildlife have become over used to humans and are indeed quite fearless. Chief amongst these are the Ring Tailed Coatis. They look adorable with their little snuffly noses and gorgeous russet fur. They even lay cute little paws on tourists knees and beg for food. But no matter how cute you must say NO! They have become something of a pest and have  been known to steal food from unsuspecting tourist’s bags. 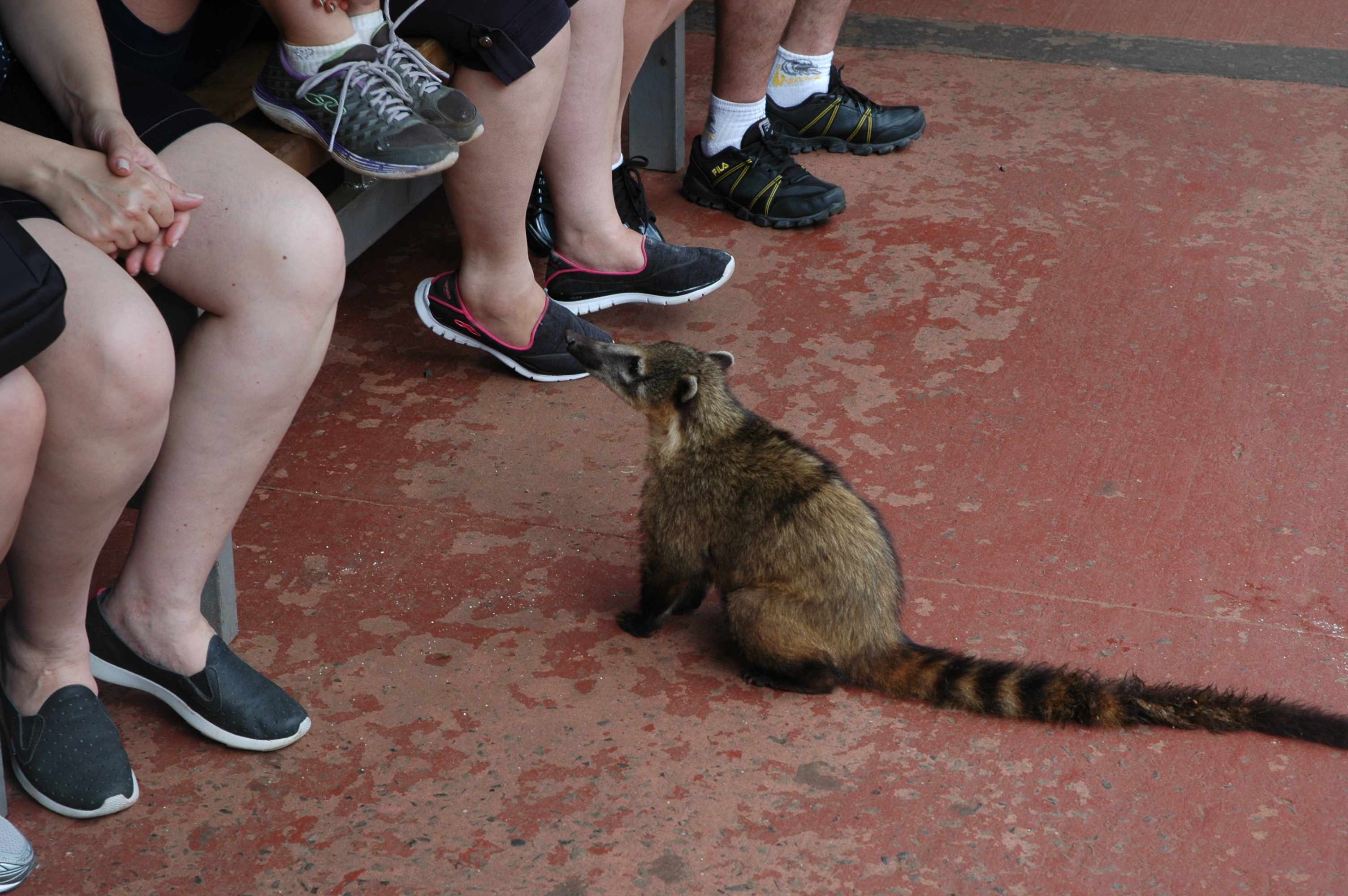 Following the train ride we set off on Iguassu Lower Circuit. Beautifully constructed walkways lead the way to the falls with landscape aplenty to enjoy on  the way. We even saw some Cat Fish, piranhas and a turtle. The only thing not so enjoyable was the crowds but I guess that’s inevitable. 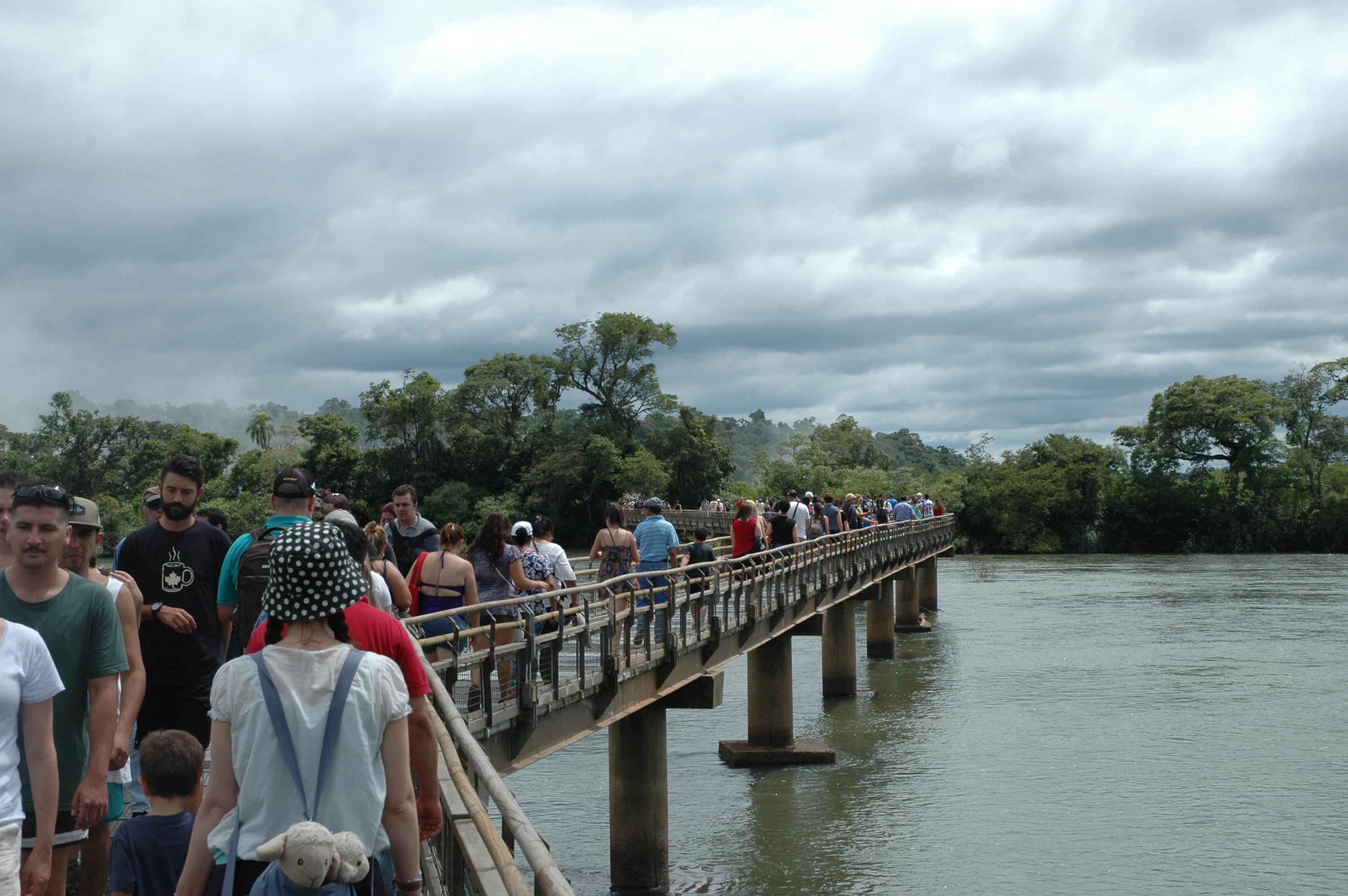 We heard the Devil’s Throat before we saw it. A rumbling, hissing, roaring, bubbling, boiling mass of water. No wonder so many ancient legends feature river monsters because that’s exactly what it sounded like. It looked pretty impressive too! Sometimes it was always too much to look at, the roar and gush of the water was unbelievable. We were soaked by the spray and very welcome it was too. I’ve been to Niagara but Iguassu is on a whole other scale! 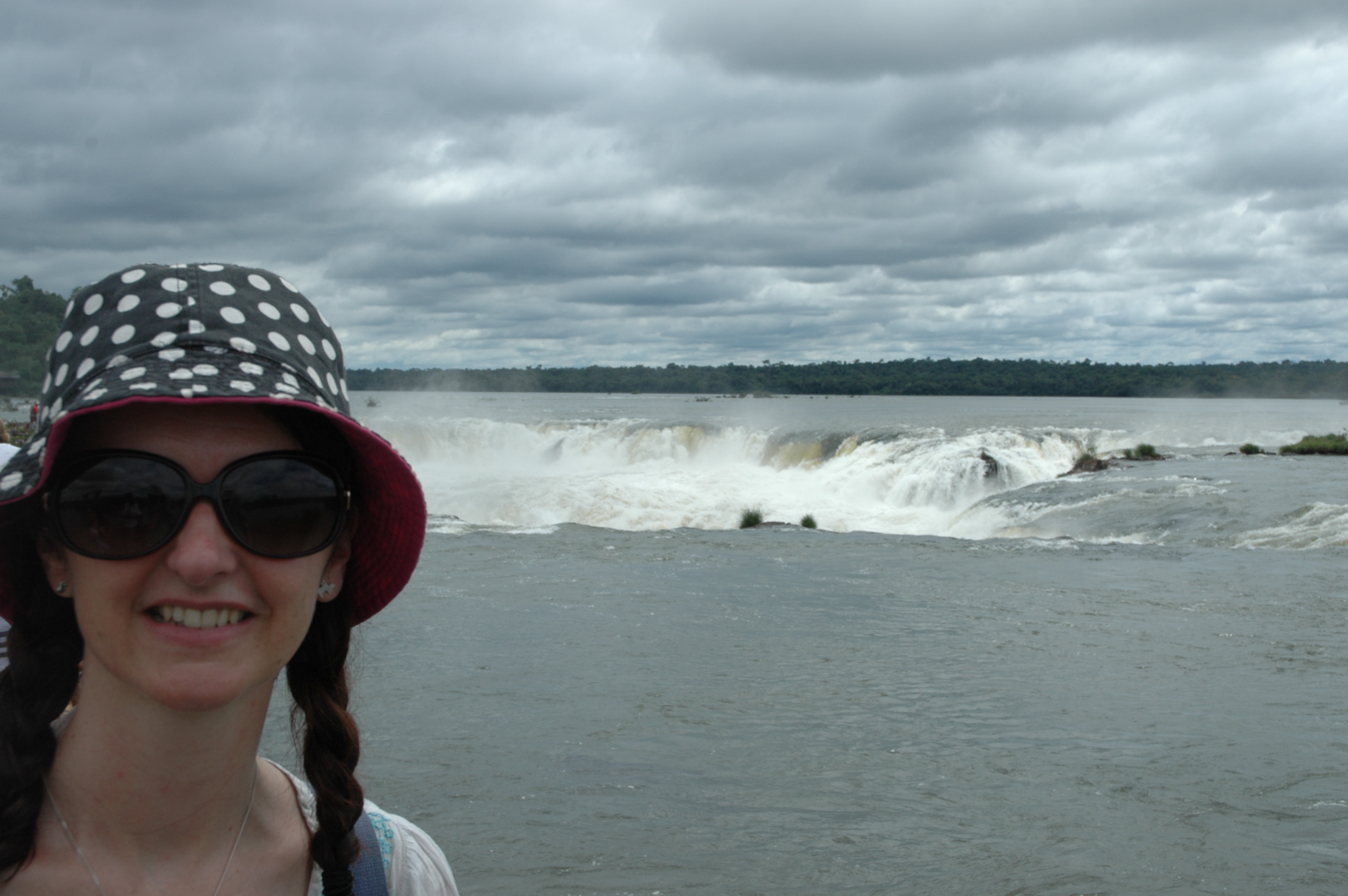 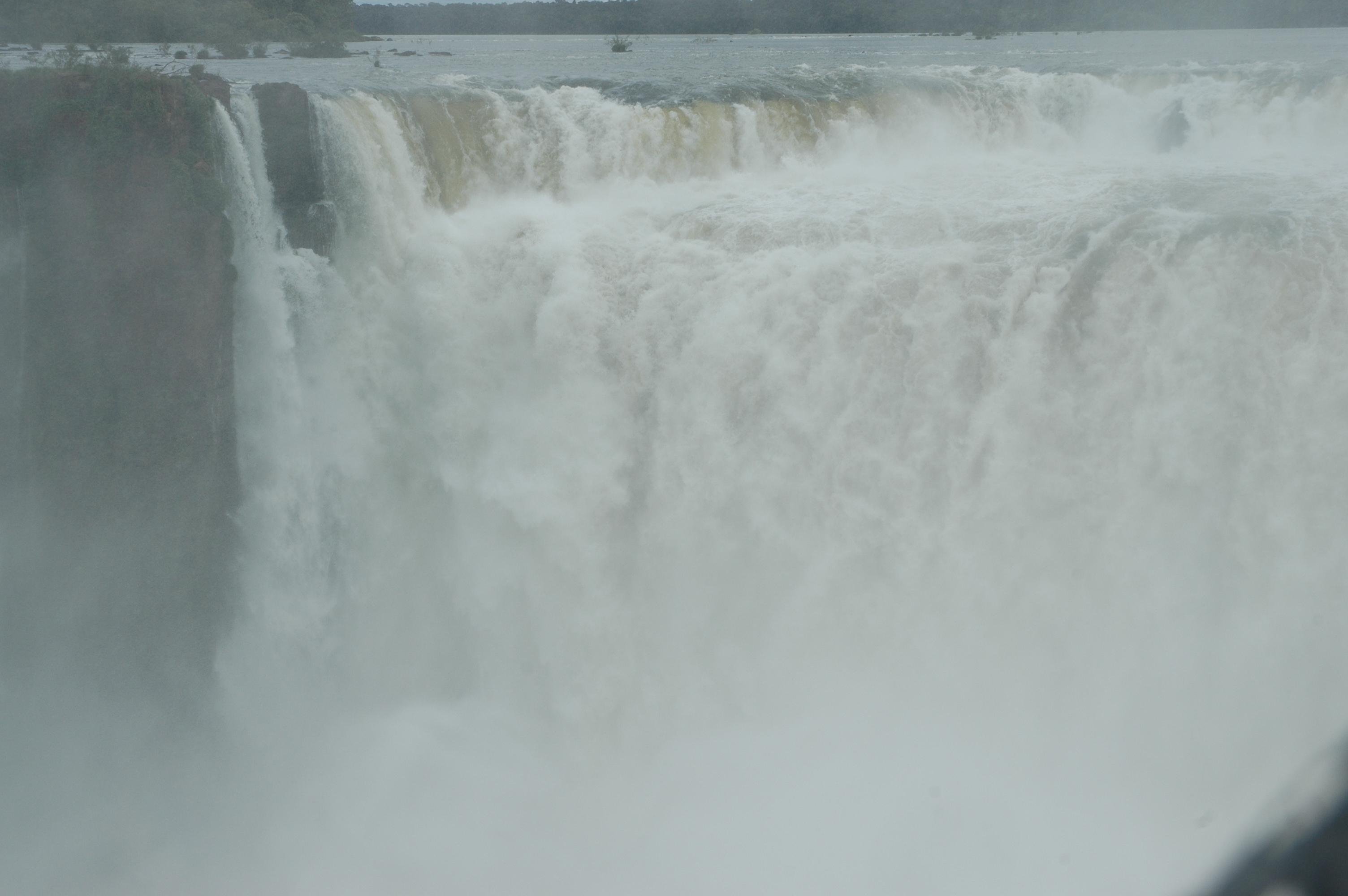 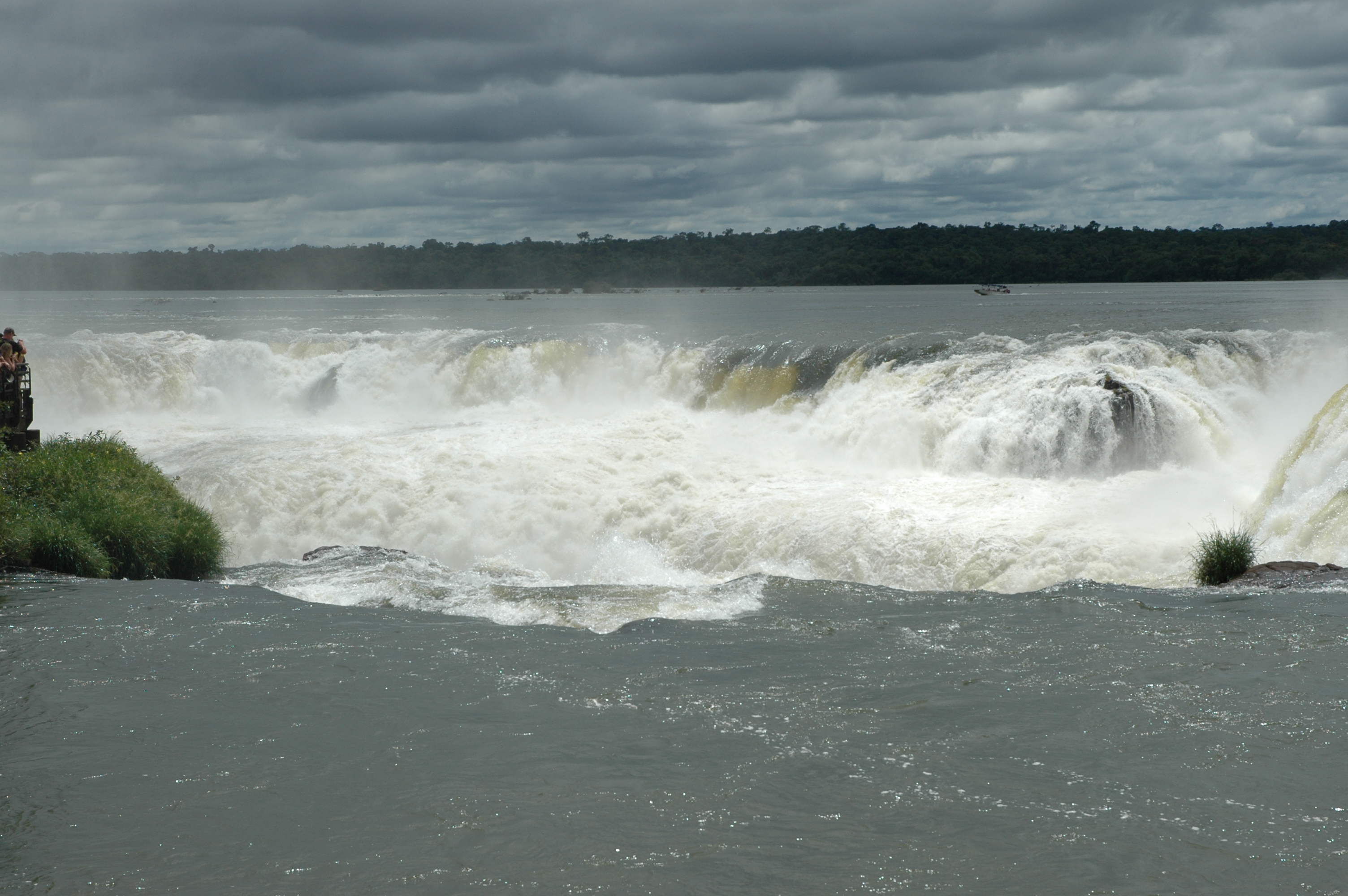 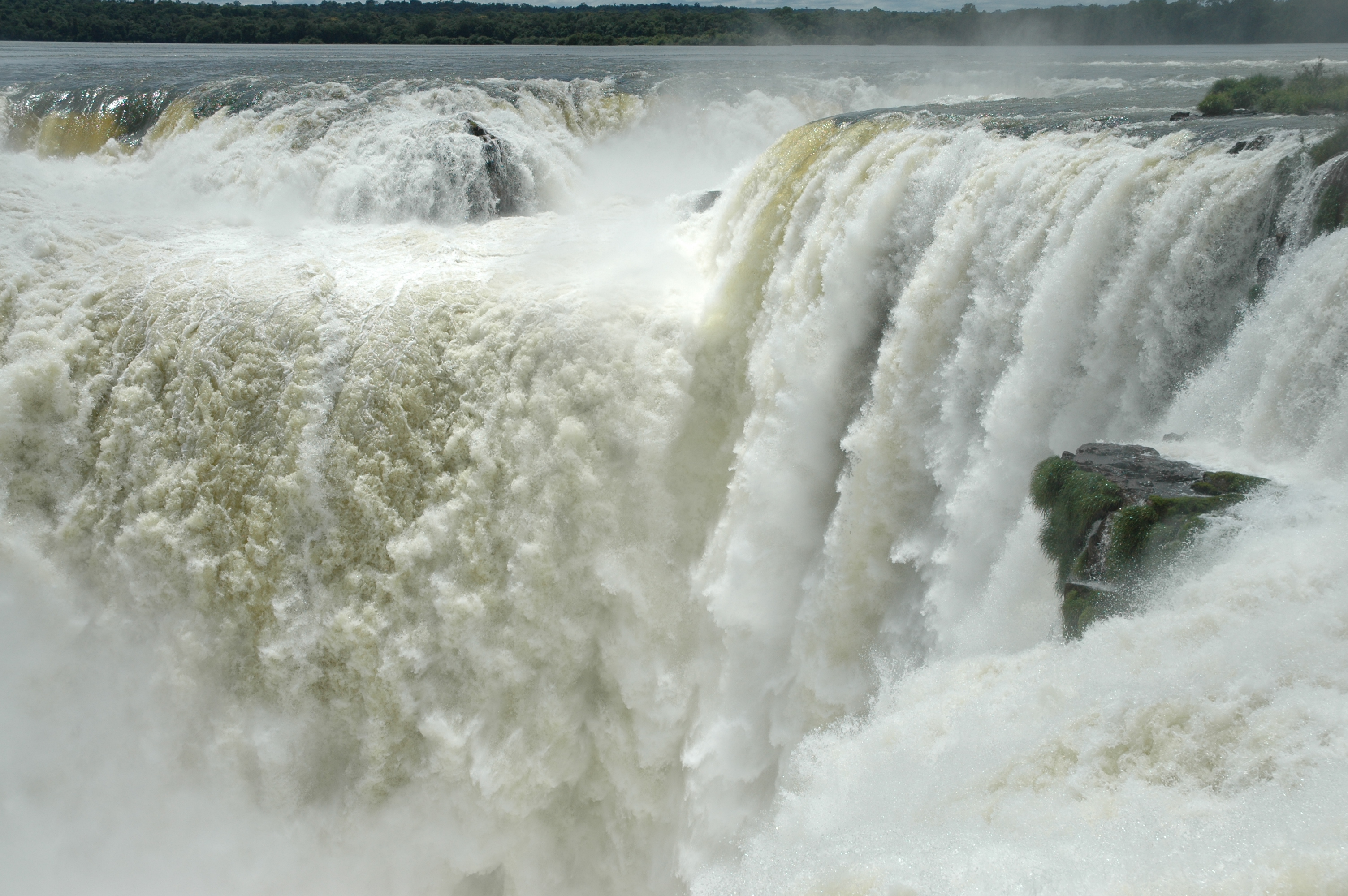 Following such a splendid sight we decided to rest and eat before venturing off to Iguassu Upper Circuit. Squeezing our way onto a bench we were treated to another wildlife show.

A cheeky Coati tried their luck but to no avail and there were countless butterflies of every size and colour imaginable fluttering around. One of them even landed on Kass. There were some beautiful birds which we think were Miner birds who were obviously used to humans too. All in all it was a lovely moment. 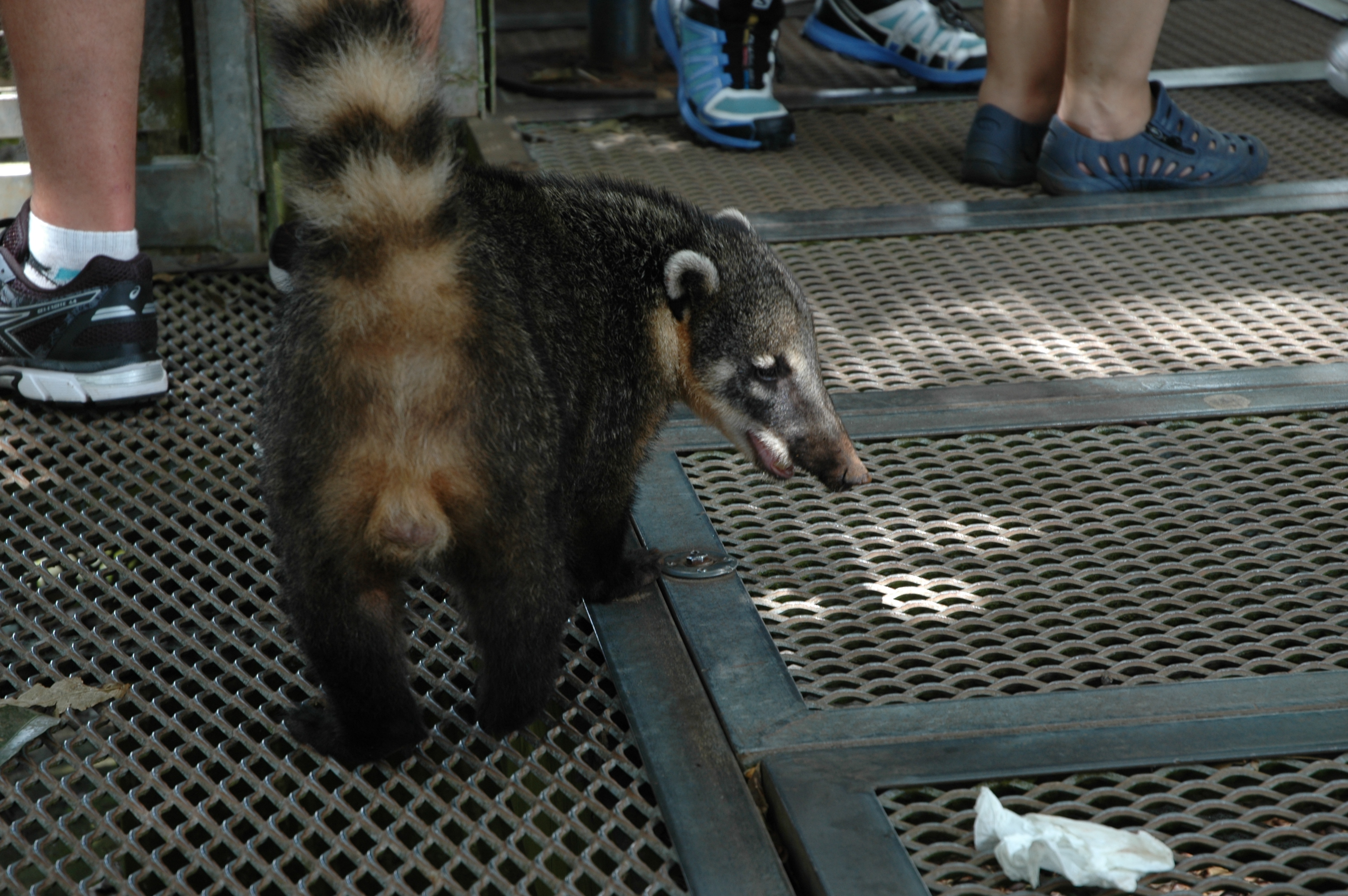 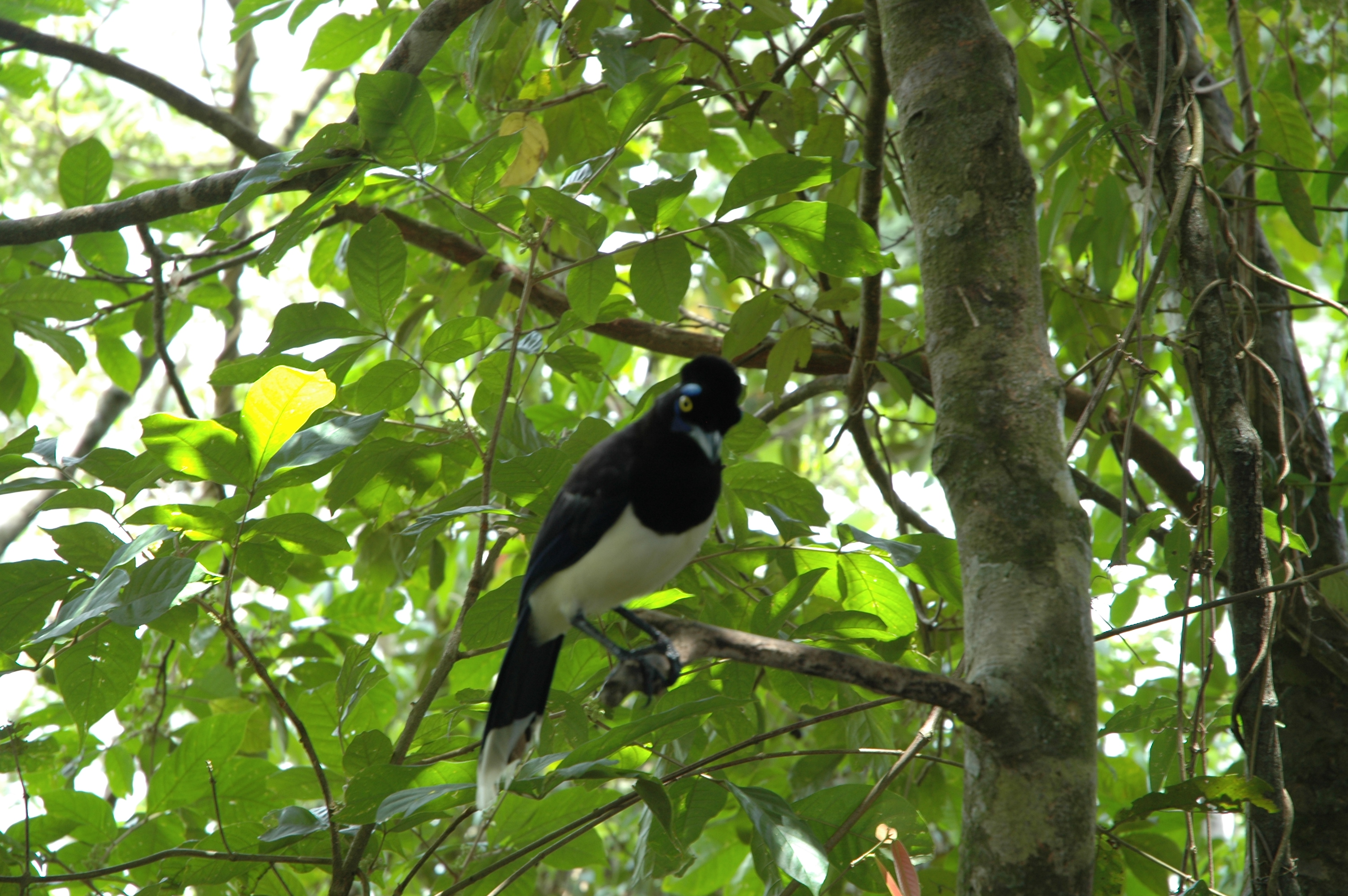 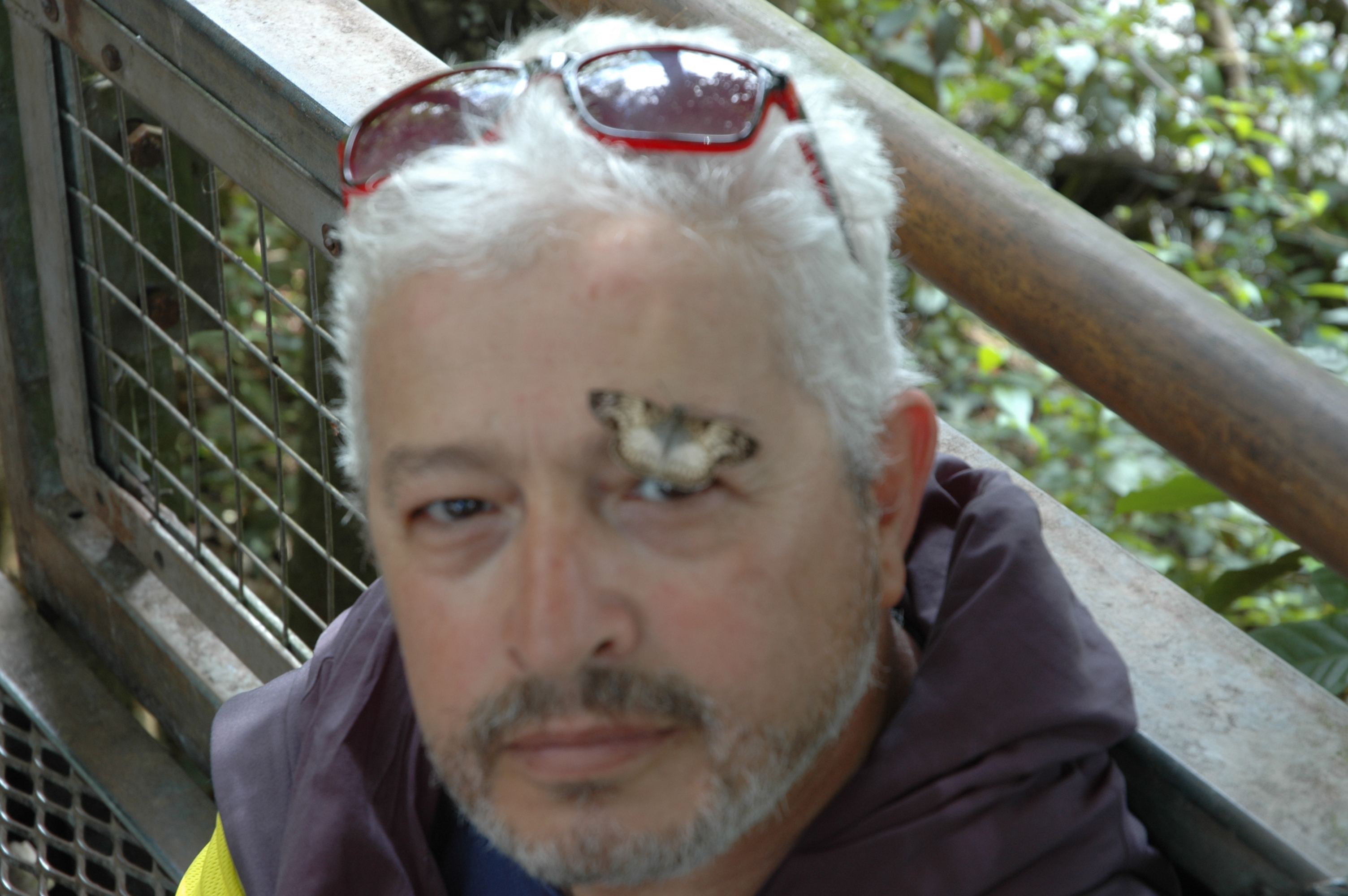 But we couldn’t sit there all day, Iguassu is made up of 275 waterfalls and we wanted to see more.