After a pretty full on and hectic travelling itinerary across Peru and Bolivia, we arrived in Santiago safe in the knowledge that we’d be based here for five whole days! We unpacked the rucksacks and got ready to chill.

Santiago is a vibrant, buzzy, cosmopolitan, friendly and welcoming city. We all felt very at home as soon as we left the airport.  So what to do with our time here? The first thing on the list was to make the most of the roof top pool. With a view over to the mountains (which were mostly shrouded in cloud during our stay) it was refreshing if a little brisk! 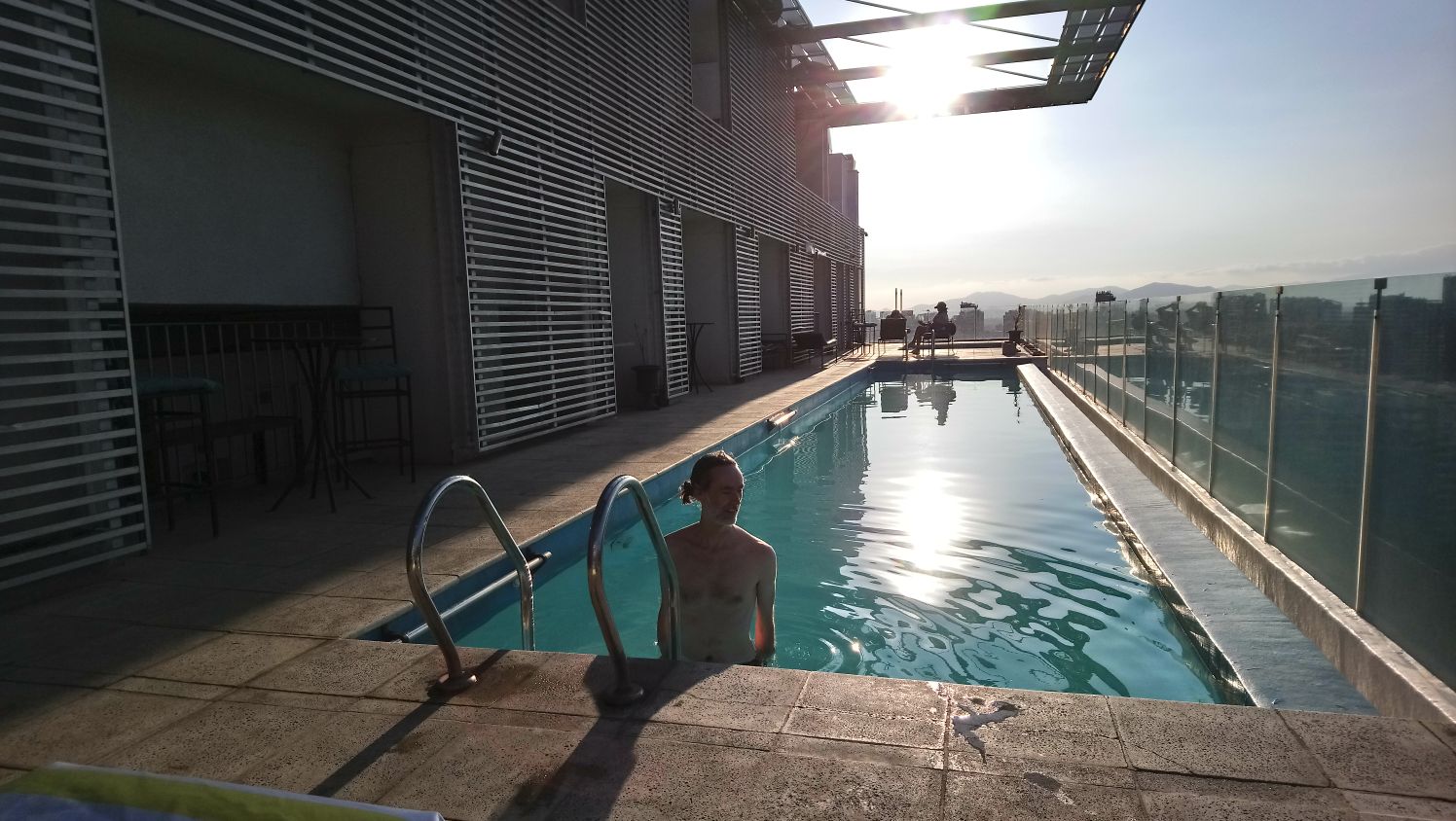 There are a few must see sights to enjoy around the city and following a morning of stocking up on supplies we headed to the one nearest to us – The Santa Lucia Hill (Cerro Santa Lucia). Originally, this was just a rocky hill that had at one time been a volcano, but from the mid 1800’s it started its transformation into beautiful park. There are water features, balustrades, bridges, intriguing paths, a church and a viewing point at the top of a twisting stairway. 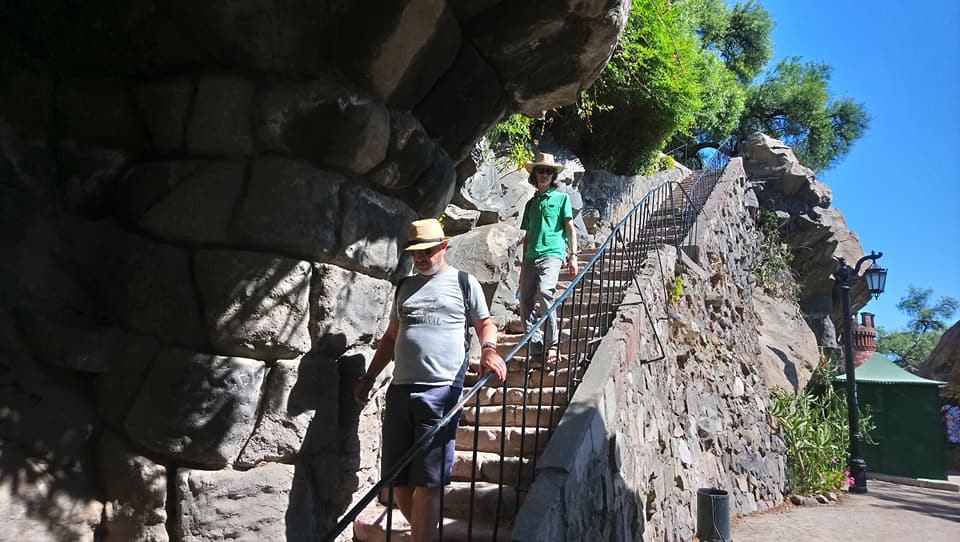 The viewing point (with private busker) allows the tourist to look out upon the architectural mix that is Santiago. Beautiful colonial buildings are dwarfed by sky scrapers. Warm pastel buildings sit alongside shiny reflective towers. It’s an attractive city for sure. 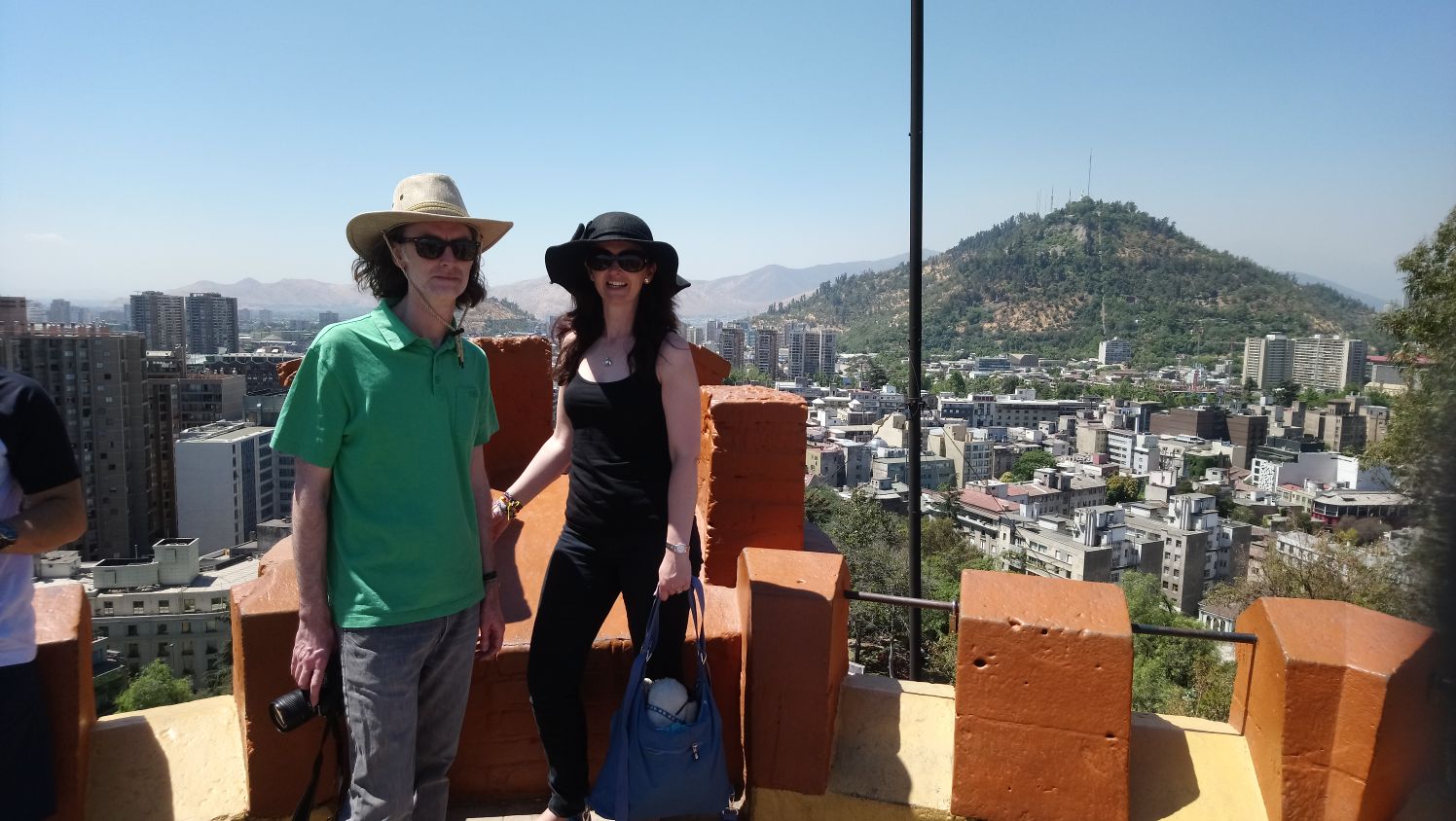 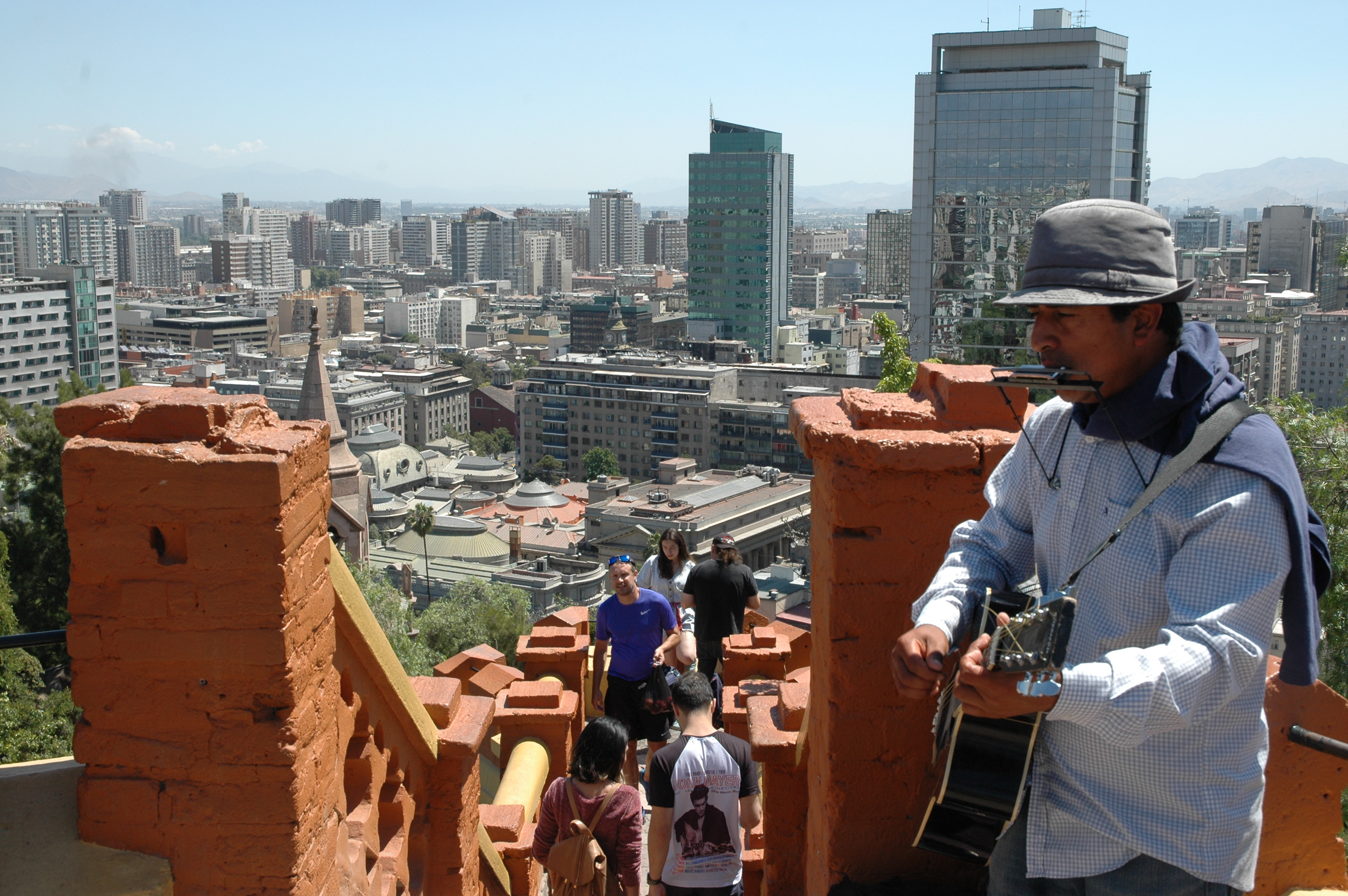 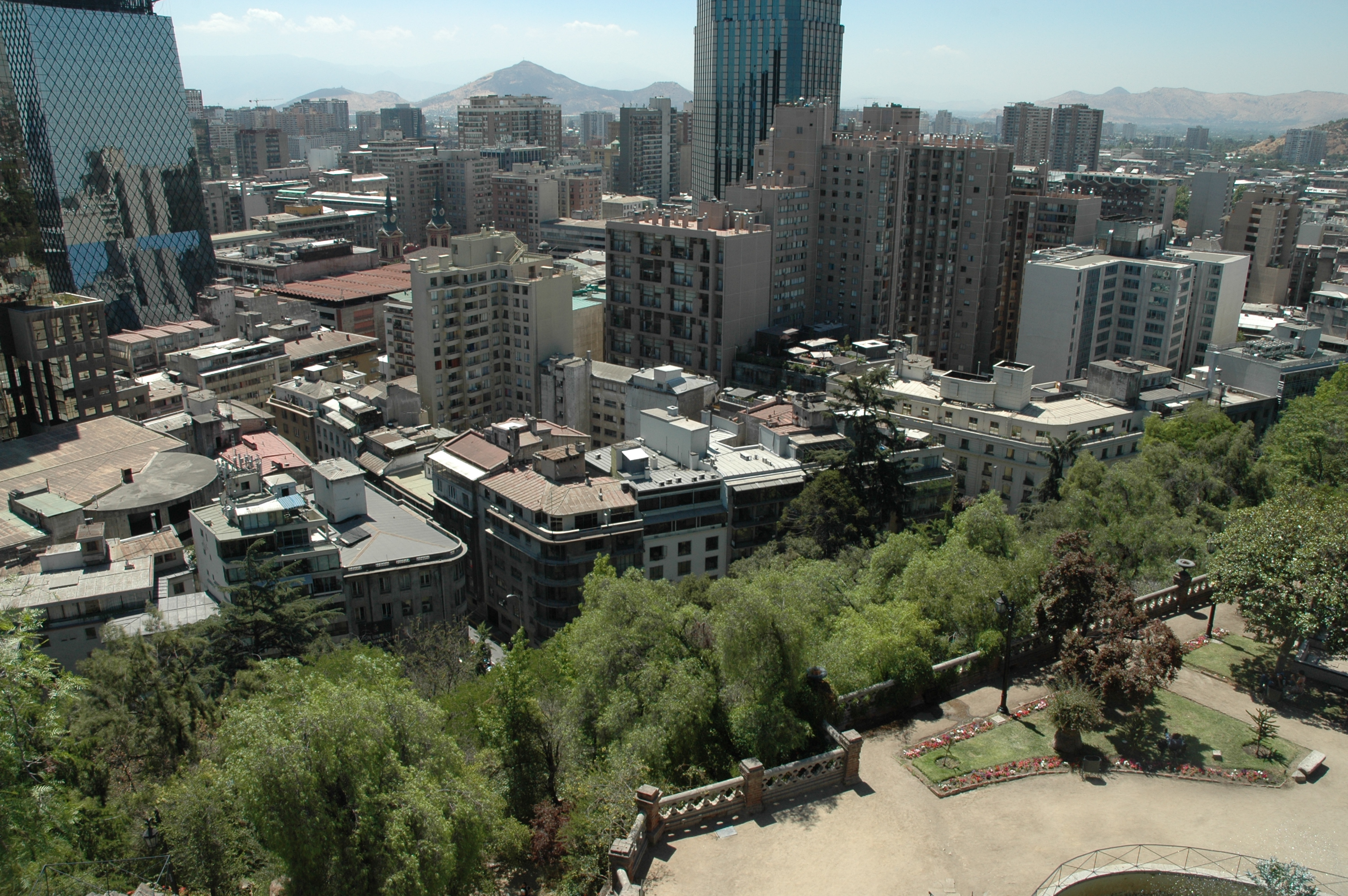 Another must see sight is the Plaza de Armas  which is the main square in Santiago. The grid system for the whole city was designed from here in the 1500’s. The square is flanked by some impressive buildings including the Cathdral, the Central Post Office Building, The National History Museum and the building which is the seat for local government. 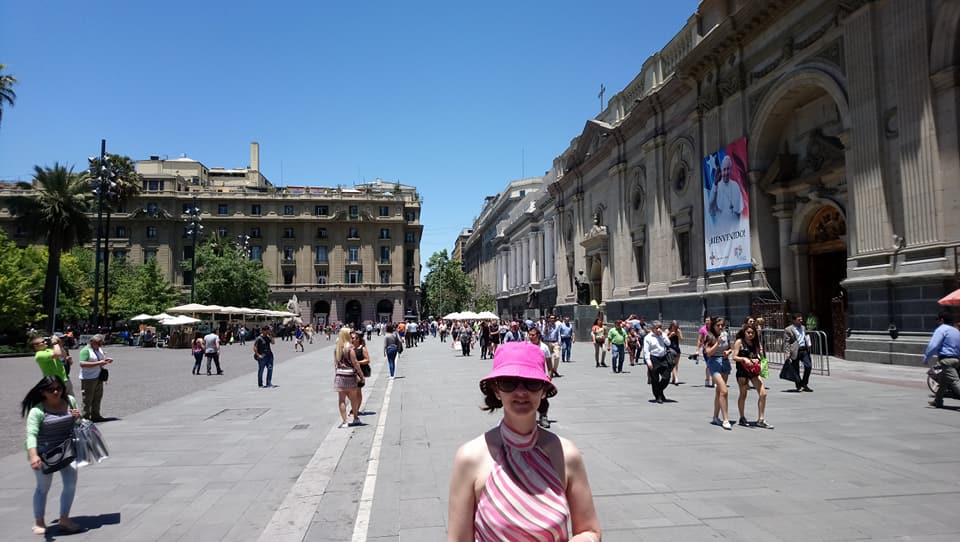 We duly visited the cathedral and the Museum. The museum was truly fascinating containing artefacts from pre Conquest times. Everywhere you look  are reminders that the indigenous population were displaced, over ruled and in many cases, killed outright. Independence was finally theirs in 1818. 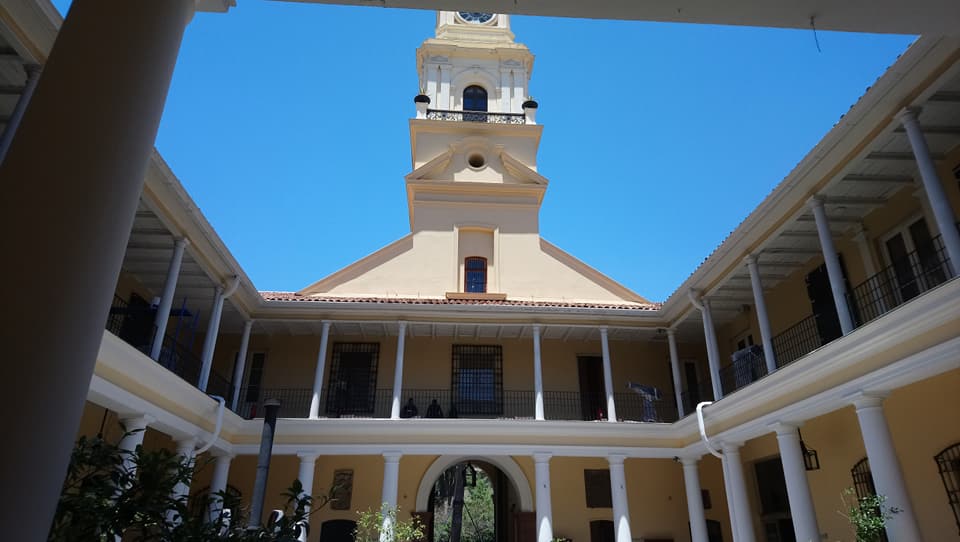 Back out in the square we stopped to eat our lunch. Everyone else had the same idea and we managed to squeeze ourselves onto a bench. As we sat there enjoying our lunch under the shady trees we became aware of some furtive and strange behaviour.

There were pairs of women – some  very young, some old and some in between. They would approach single or pairs of men, have a chat then they would head off somewhere. Alongside this was a group of older men with multiple phones. It appears that our lunch was being eaten next to Pimp and Prostitute Central! As we placidly continued with our lunch the women and men ebbed and flowed. And all under the gaze of a huge poster of the Pope  who had visited the Cathedral some time recently. The oldest trade in the world still flourishes around the world.

On board the excellent metro system we headed back to the hotel. We had a busy day planned for the next day – a trip to Valparaiso. Famous for brightly coloured streets with views over the ocean it was something we were all looking forward to. I’ll fill you in next time!