The tranquillity of Lake Titicaca was now behind us and we were making our way ever closer to La Paz. The opening paragraphs in the La Paz section of the Lonely Planet certainly gave us food for thought and included little gems such as…

“La Paz amazes and appalls all who enter!”

Comforting I’m sure you’ll agree! And it has to be said that our first glimpse of the outskirts of La Paz seemed to have all of the above. Unlike most cities, the communities living higher up in the Alto (the outer reaches of the city) are amongst the poorest. The lower down you go, the richer the people get. 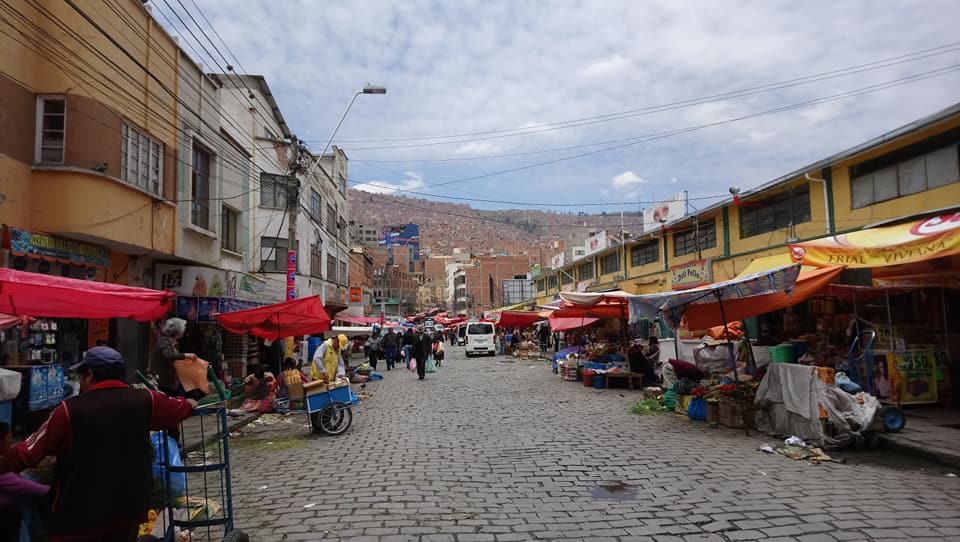 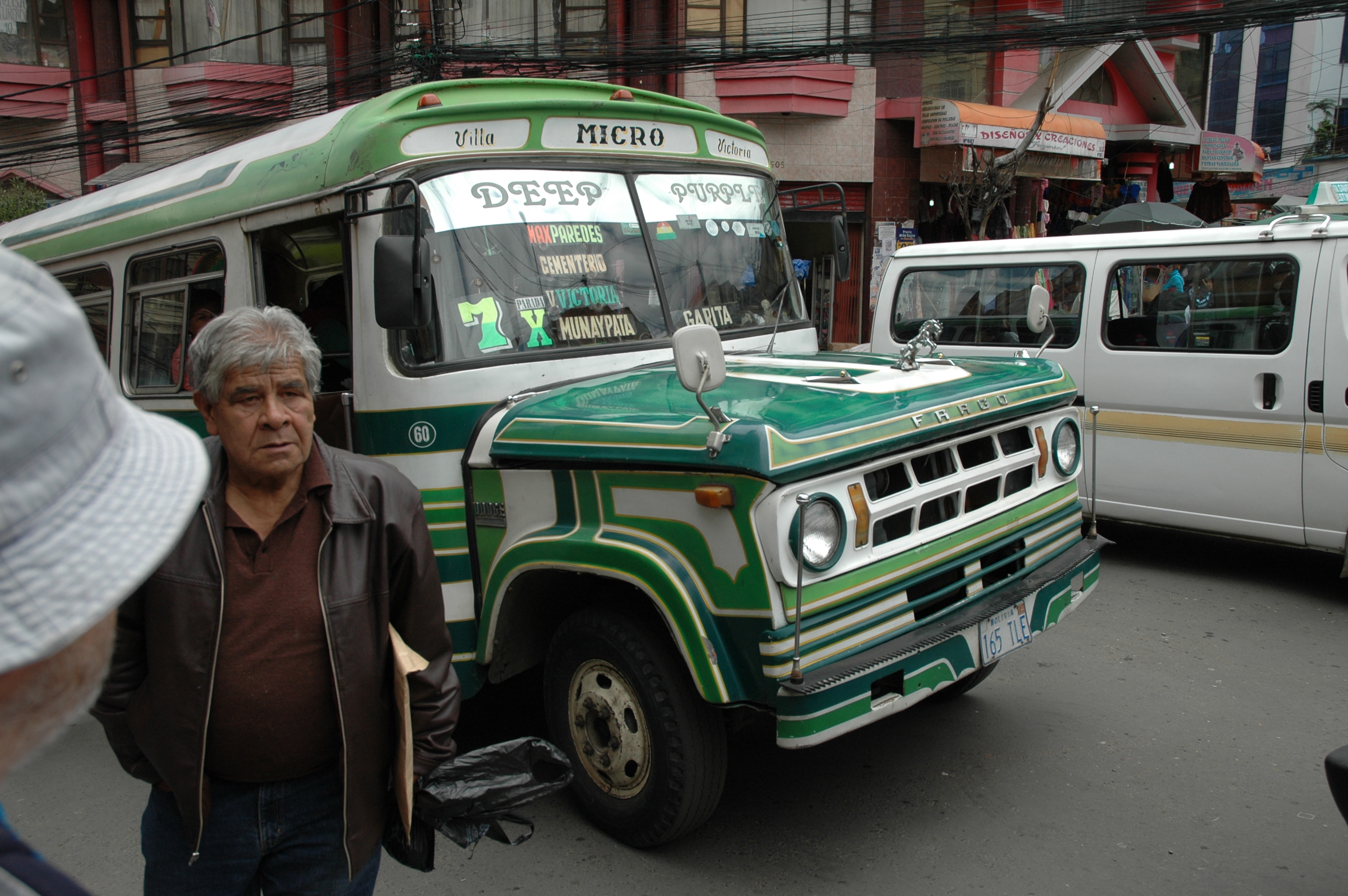 The Alto is not for the faint hearted. The jostle, bustle, constant traffic and blaring horns, the stink of diesel and the poverty on show all make for an eye opening experience. The coach fought its way through and as we rounded a bend we gasped in amazement as La Paz itself came into sight. A sprawling mass of orange brick buildings (tax is only payable on finished and painted brick) covered every available hill and mountain that overlooked the city. Buildings as far as the eye to see. It was utterly spectacular but not in a beautiful sense. Awe inspiring, enormous, overwhelming and totally different to the places we’d visited so far. 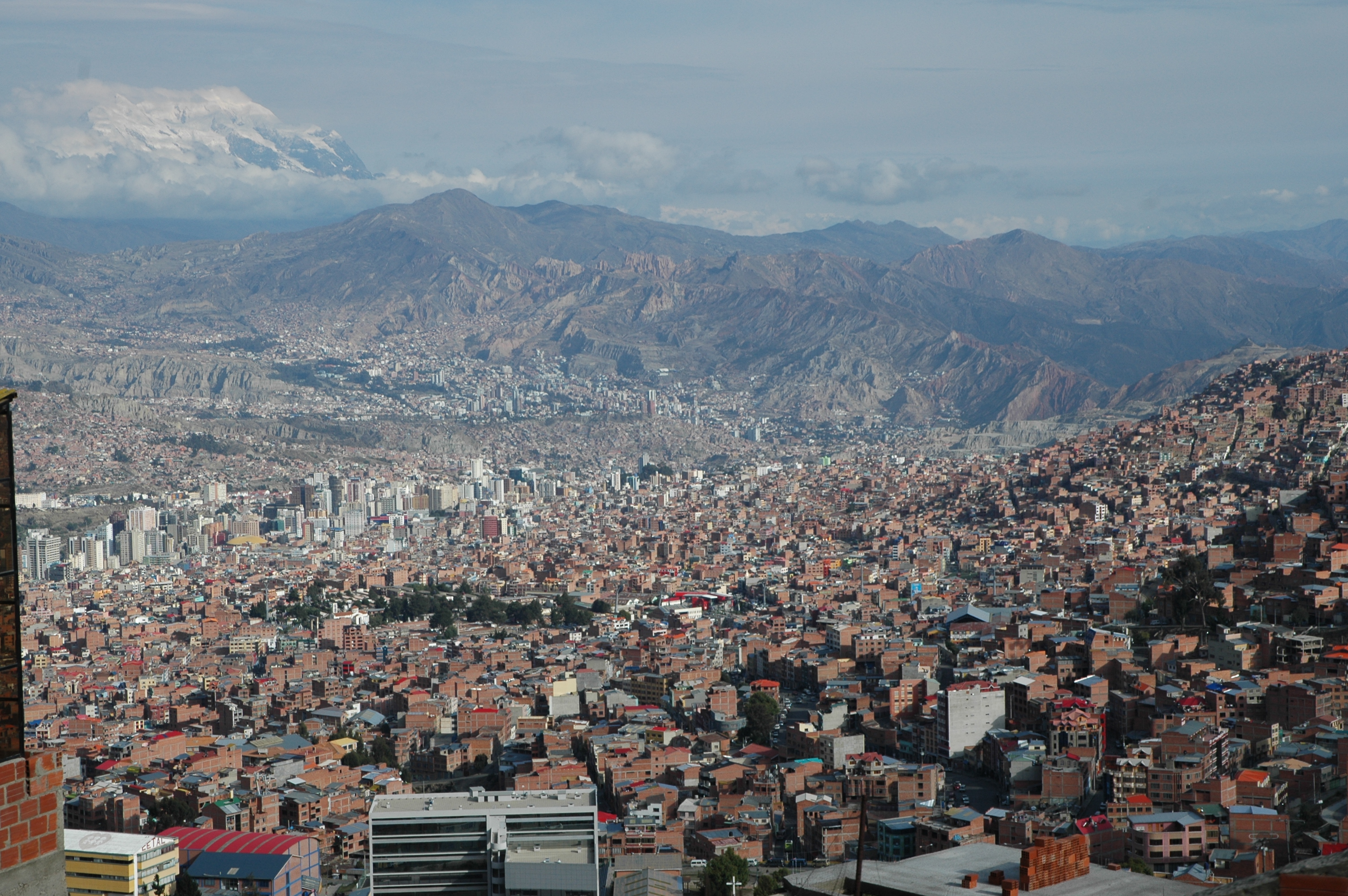 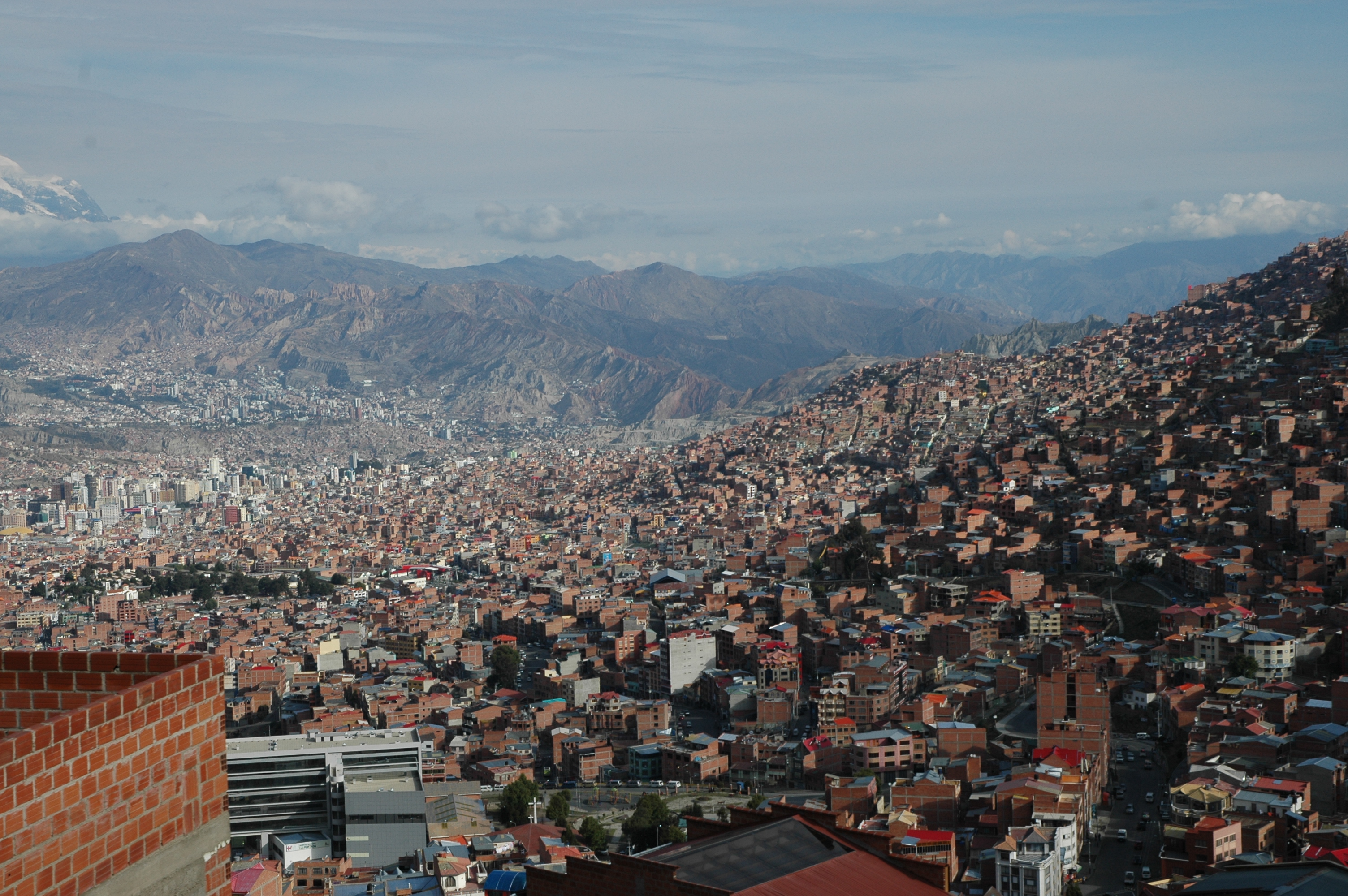 It took a further half an hour to weave down the steep and winding roads to the bus station. Thankfully Rudi took pity on us and walked us around to our hostel. He’d obviously taken one look at our shocked faces and decided we needed a bit of help.

La Paz has one of the highest airports in the world and the altitude was most definitely making itself felt. Battling to get air into the lungs was made worse by the fact that the air we did take in was full of pollution. By the time we’d walked the five minute route to the hostel we were all feeling pretty ropy and in need of a rest. I’ve never had asthma but I can only imagine it feels similar. You breathe in but nothing seems to make its way to your lungs. Exhausting!

The hostel itself was fine and very welcoming but we were all a bit too shell shocked to take it in. And where we’d got used to picturesque views, we now had a view over the equivalent of the M25 running outside our window.

Having been on the move since we left the UK we would be in La Paz for three nights. We were hopeful that we’d find something delightful about it or it was going to be a lonnnnnng three nights!