La Paz had been our base for the previous few days, the longest we’d stayed anywhere so far on our trip around South America. Having fitted in city tours, ancient ruins, catching up with friends, nice dinners, witches and aliens we were planning a quieter day.

We’d so enjoyed the cable car ride that we decided to do this again. As we swooped over the city to the richer suburbs we got a bird’s eye view into some of the beautiful roof terraces and properties around. Not surprisingly given the very changeable weather here, there were very few pools to be seen. 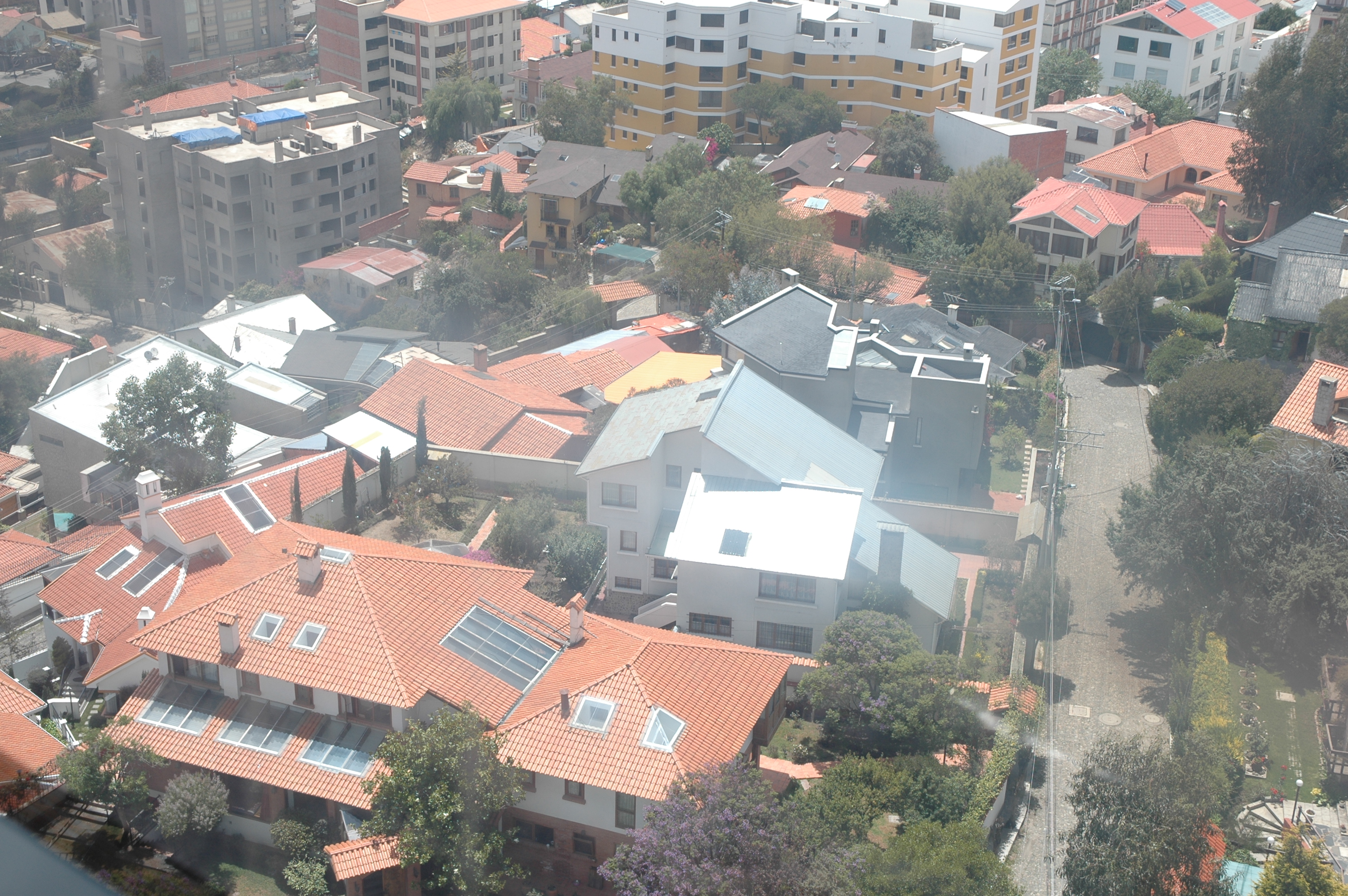 Leaving the cable car in leafy surburbia we found a little cafe and had one of the best meals yet. Freshly cooked chicken, chips and rice.  Simple fair but wonderfully seasoned and an absolute bargain at, wait for it, £1.50 each. Wandering into the pretty square nearby we settled down to people watch with an ice cream.

This quiet and calm little square seemed a million miles from where we’d been staying. There were even gaps in the traffic which made crossing over far less stressful. Life seemed to take place at a slower pace here and it was a very welcome pace after the hustle and bustle of the last few days.

While we sat on the bench slurping lollies we spotted a staircase up to an ornate wall and decided it deserved to be explored. And at the top of the staircase was a pretty walled garden overlooking one of the valleys which make up La Paz. 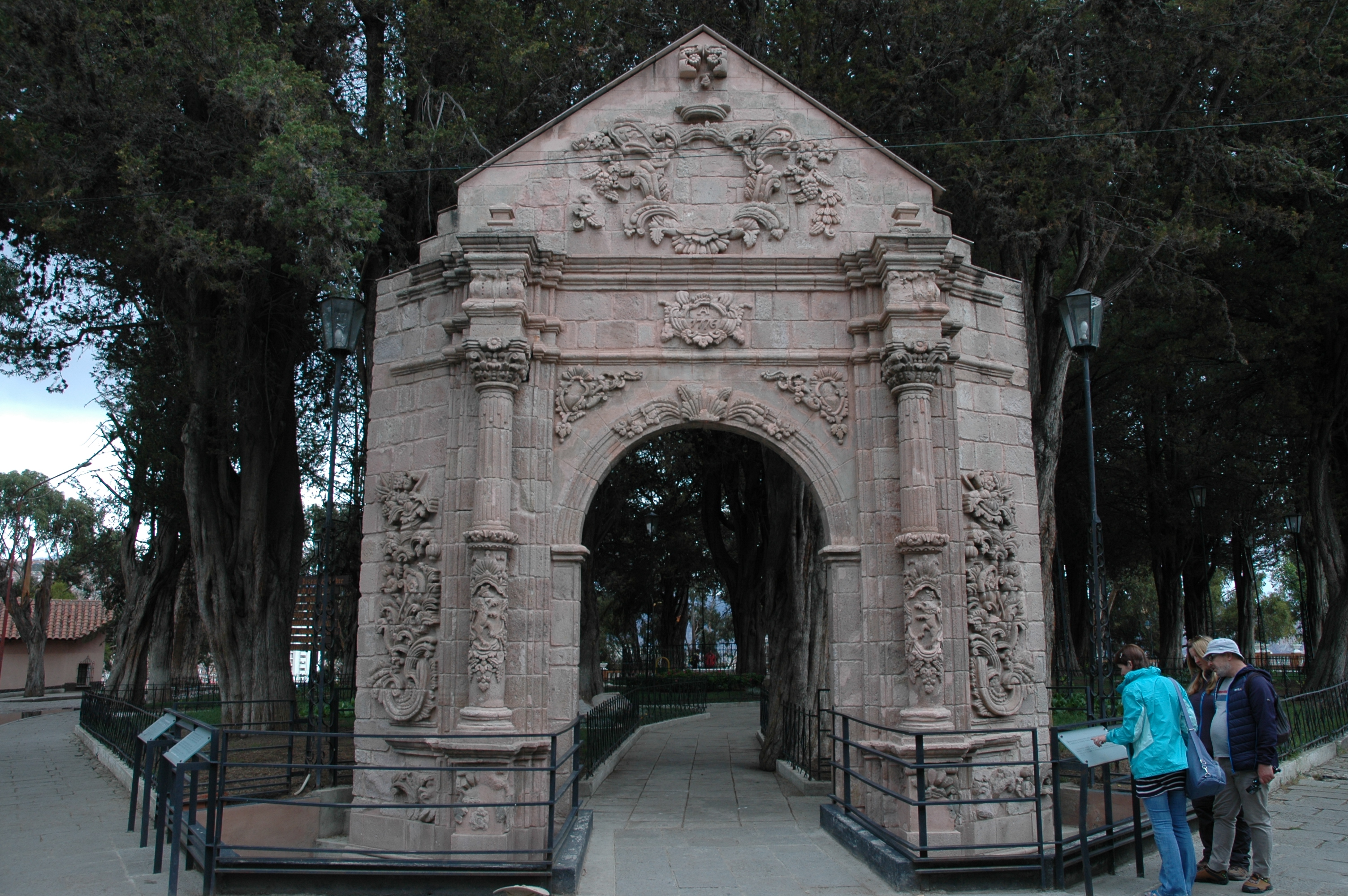 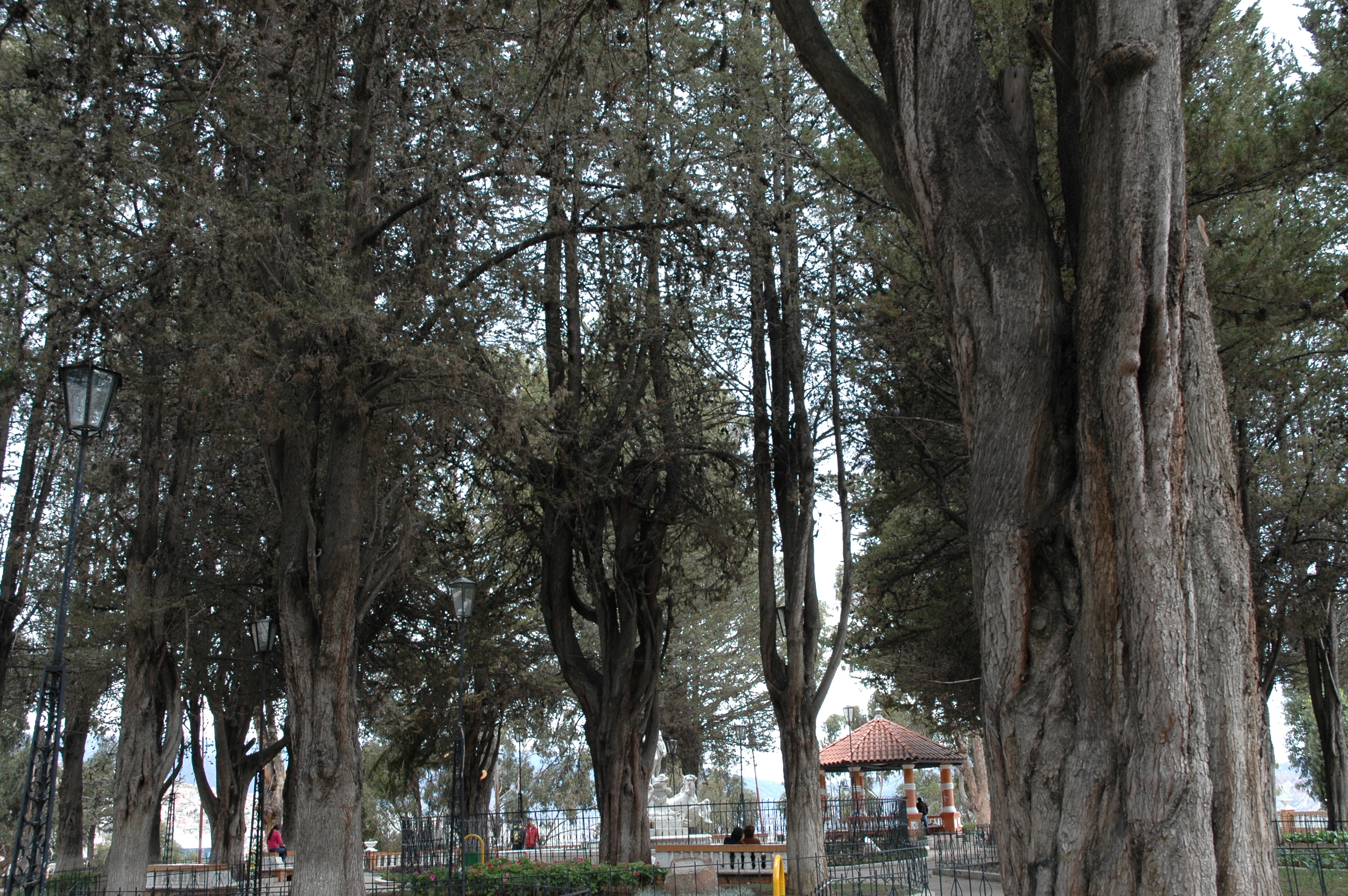 Soon however, it was time to climb back into the cable car and swoop back up towards our hostel. 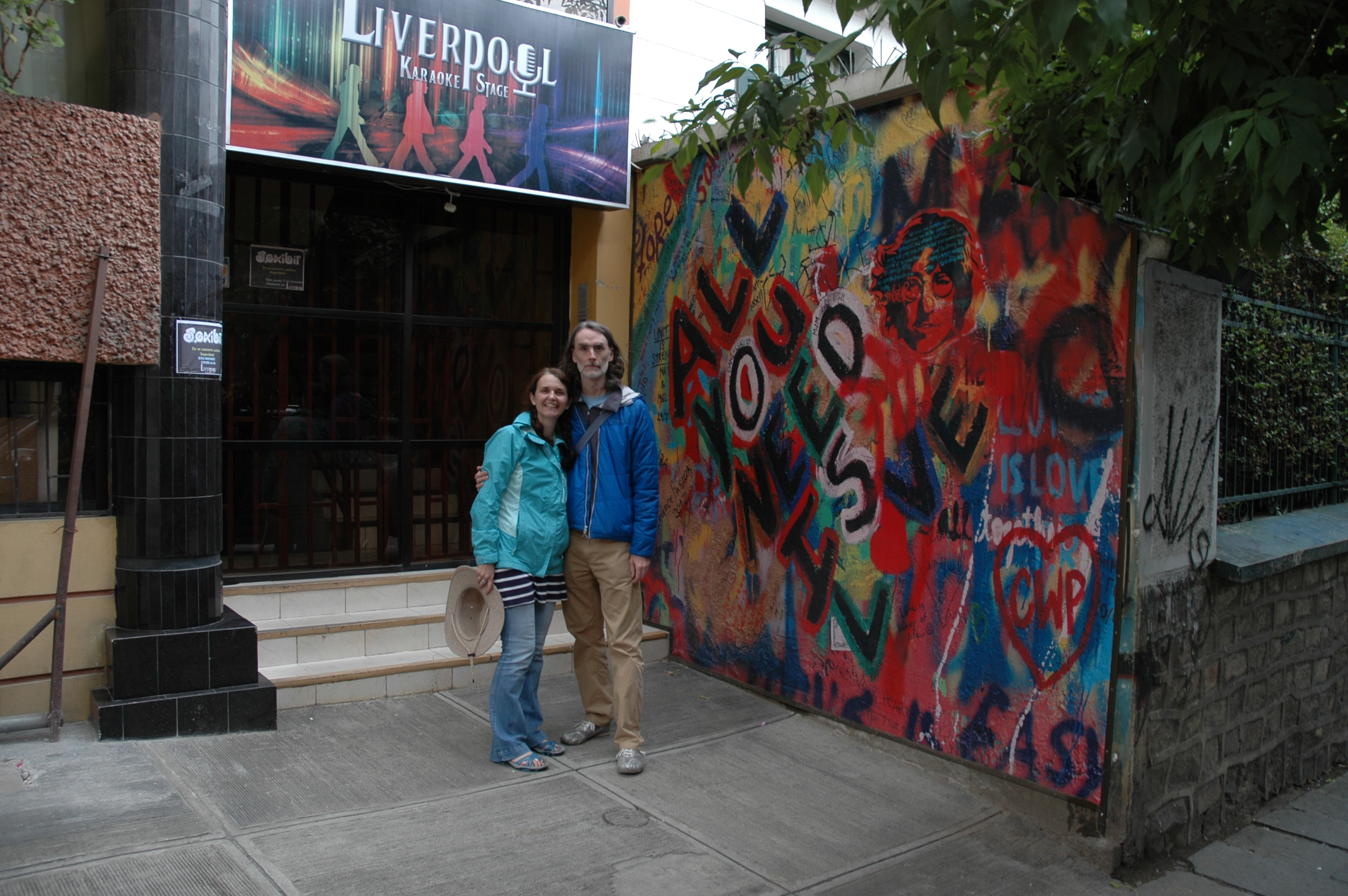 With rucksacks completely re-packed we waited to be collected and dropped at the bus station. As we darted across the busy road with our driver leading the way I raised my eyes upwards and called on Pachamama to keep us safe! It seemed to work.

The overnight coach was pretty luxurious with blankets, pillows, foot rests, reclining seats and onboard toilet. This time the announcement told us that the toilet was for ‘Urinary purposes’ only. So now you know.

Surprisingly, we all managed to sleep a little bit but once the sun started to come up any attempt at sleep was abandoned.  A brief stop at a look-out point showed us sand and desert for miles around. 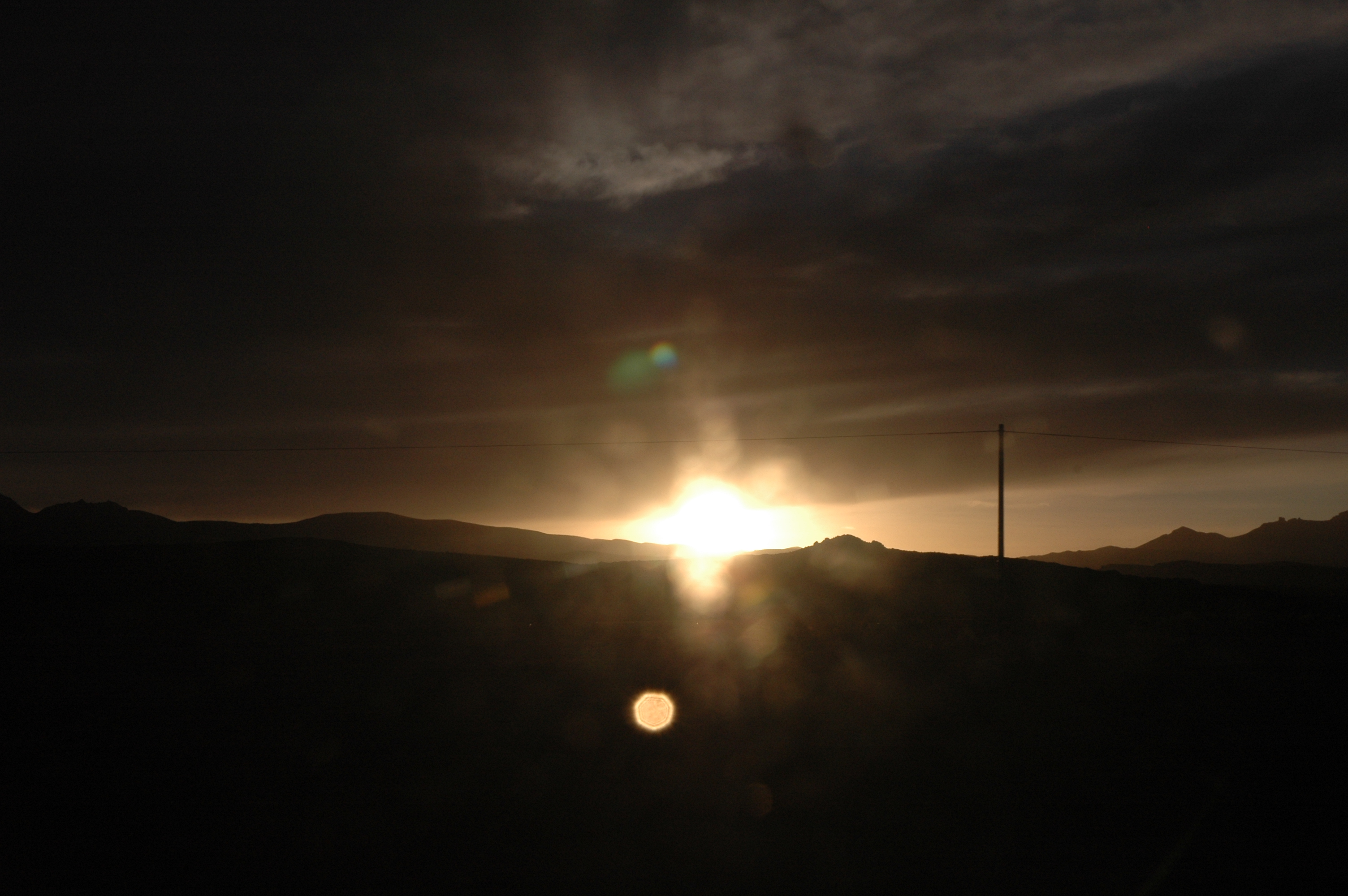 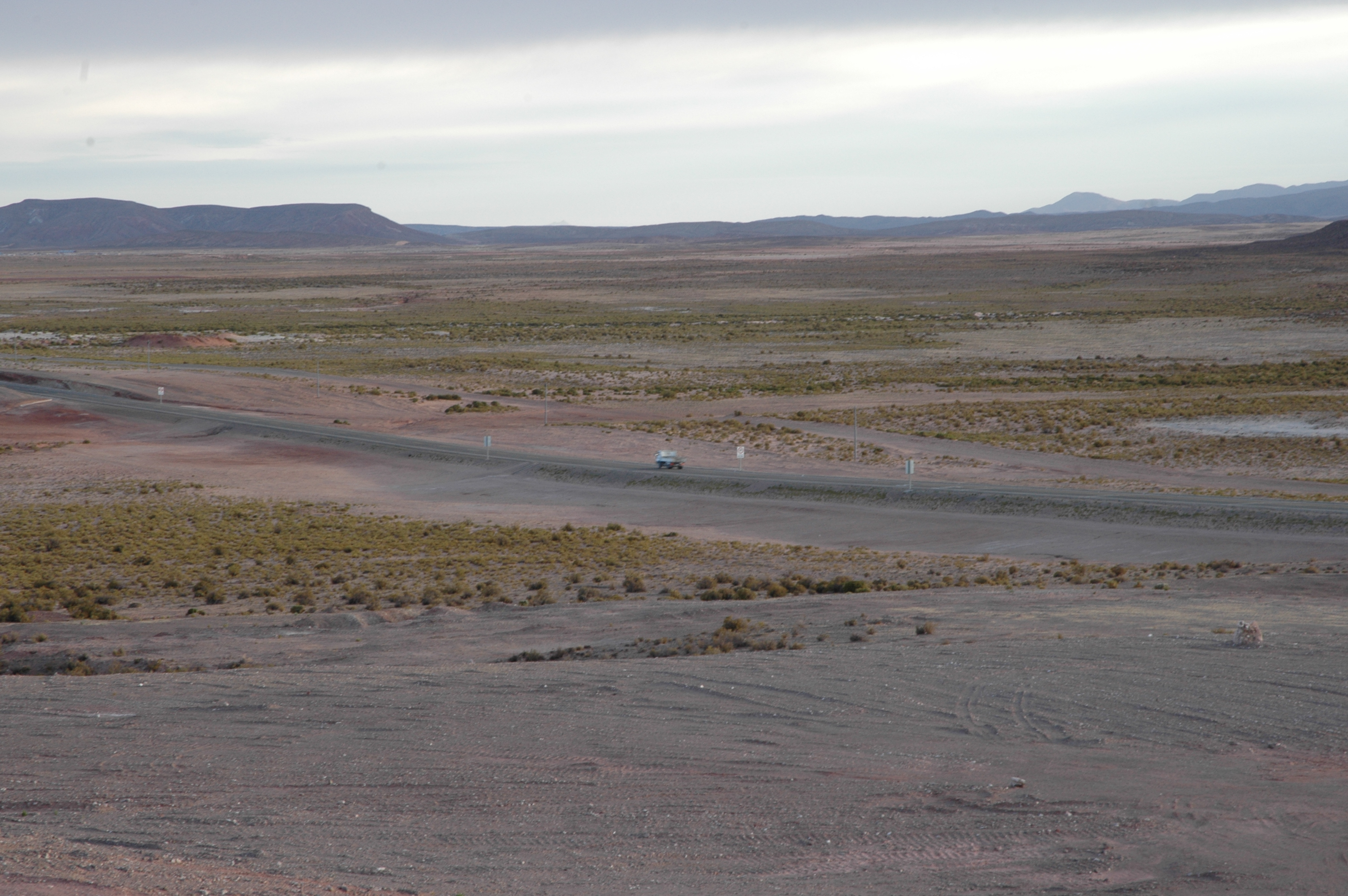 The journey carried on and eventually we arrived in Uyni complete with murals featuring Che Guevara. Uyni is the town where the tours across the Bolivian salt flats begins (or ends depending which way you do the tour). There’s not a lot to say about Uyni really. If you imagine an old Wild West town with shops and buildings either side of a straight if dusty strips of road, you’ve pretty much seen Uyni. 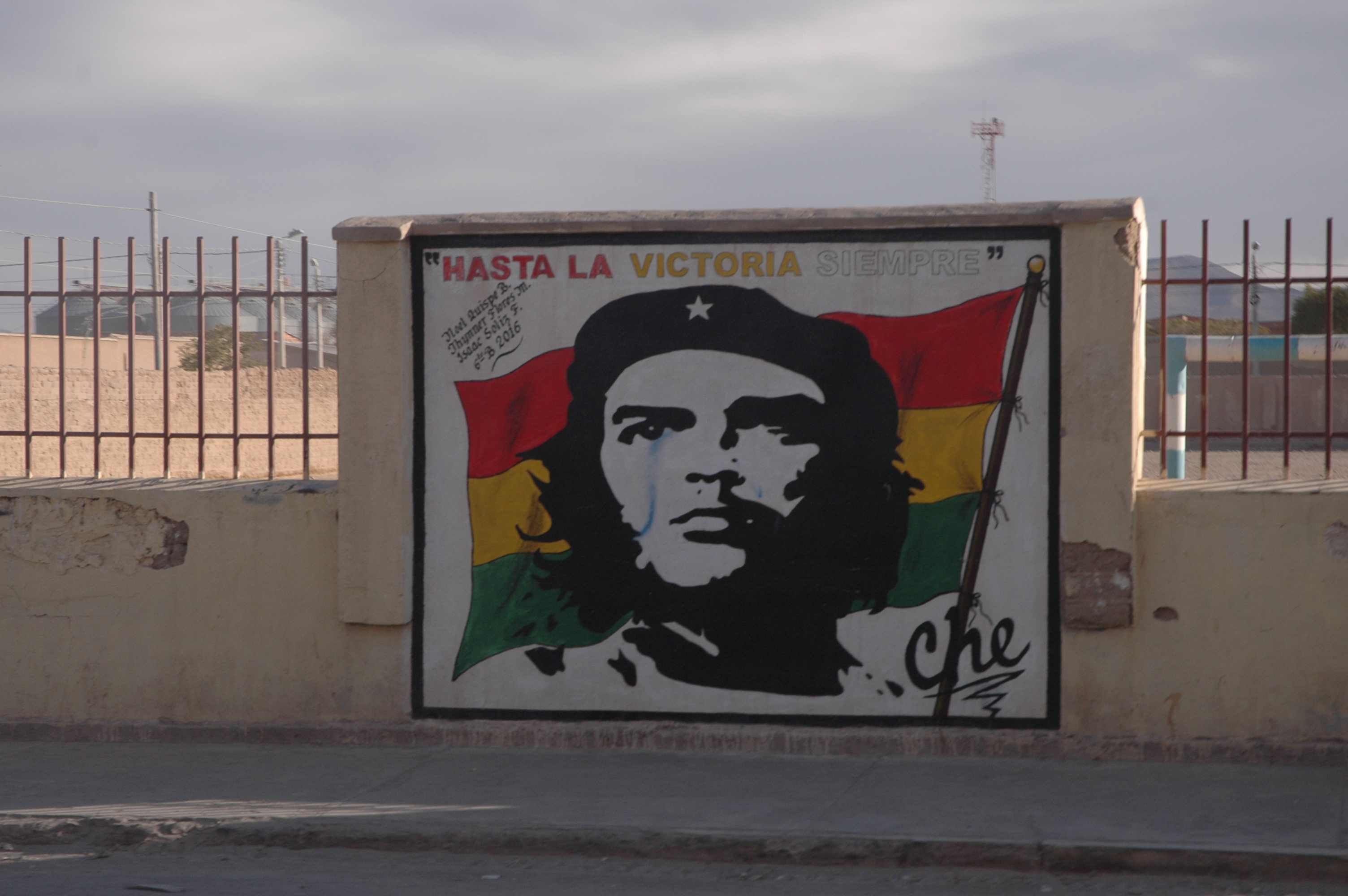 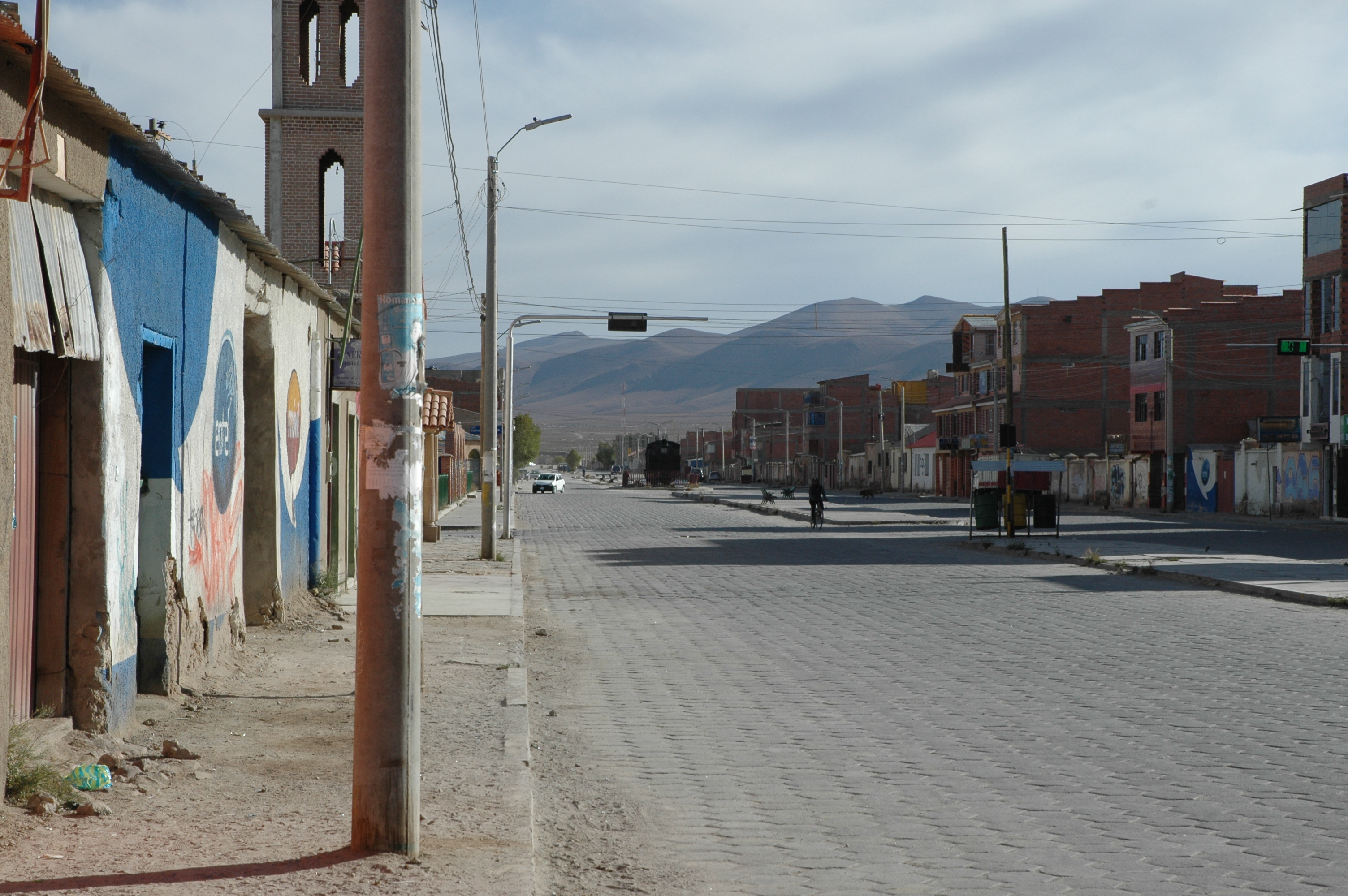 Arriving at the Red Planet tour office, we were allowed to check our bags in and then encouraged to spend an hour or so in the town enjoying the shops and the town. At the end of this tour we’d be in Chile so this seemed like a good opportunity to use up our Bolivian currency. I could already feel the intensity of the sun (even from behind the clouds) so I invested in a wide brimmed hat before sitting in a cafe overlooking the grandest building in the town. 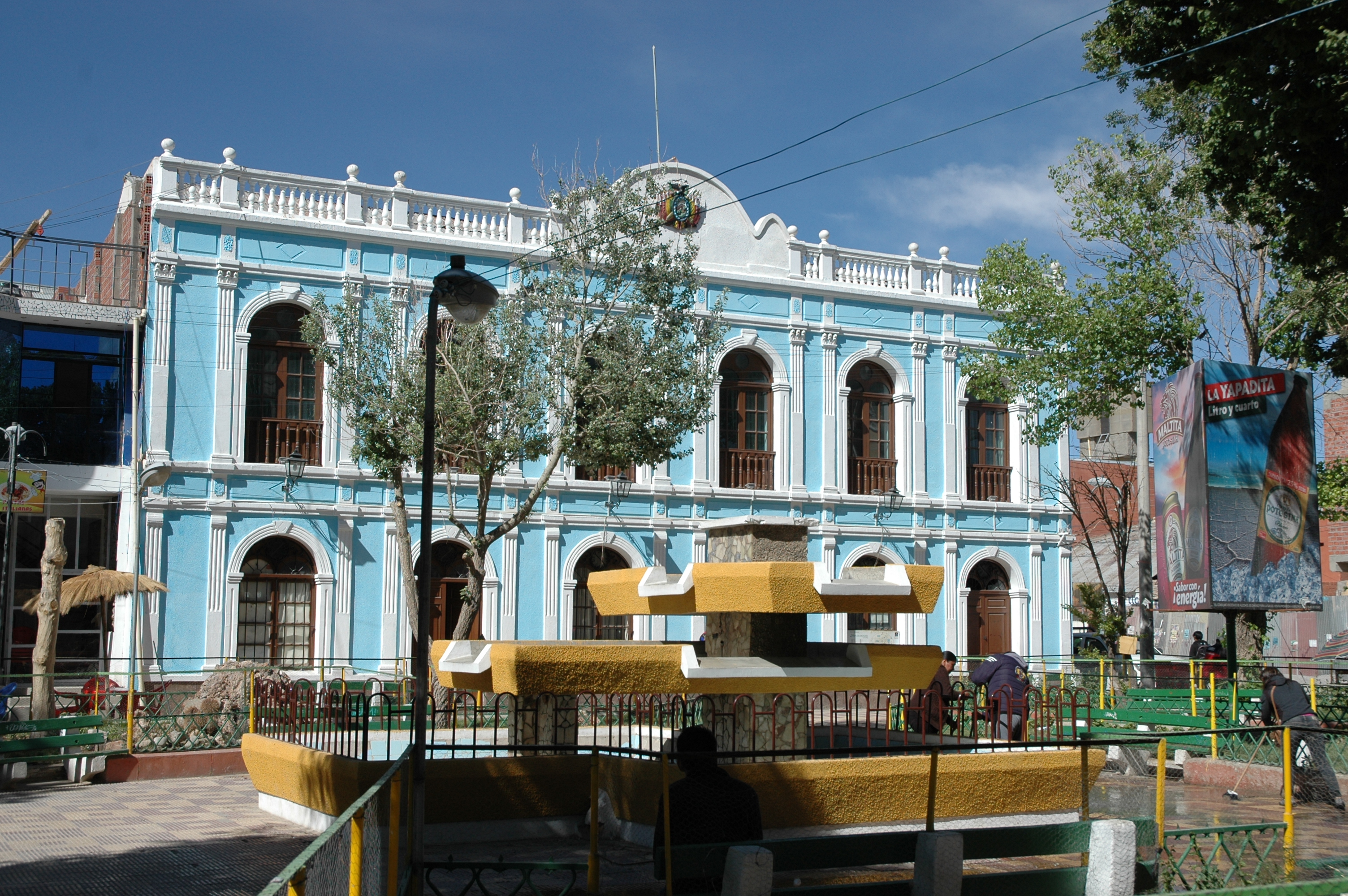 Having seen all the sights Uyni had to offer we made our way back to Red Planet for the de-brief. The walls were full of musical greats all holding cans of photoshopped Red Planet cans. Here we met Carlos our guide and it came as no surprise that his English was excellent too.

Following a quick welcome we were given a list of additional extras that weren’t included in the tour price. These even included showers and toilet roll at the hotel – can you imagine any hotel you know charging you to use loo roll or a shower? It appeared nothing was off limits. What was even more annoying is we had deliberately tried to spend our Bolivian currency thinking it wouldn’t be needed anymore. Grrr

During our debrief I noticed a couple who’d arrived on the bus with us. They were communicating with BSL (British Sign Language) and it  soon became apparent that they couldn’t follow everything the guide was saying. They tried to communicate this to him and he raised his hands and said “Well how can I communicate with you if you can’t hear?” before walking away. I felt so bad for them. We were bewildered enough with all the instructions about the tour never mind them.

From that point I wrote all the instructions down and at the end of the brief I passed these over to the couple. They wrote me a note back to say thanks but they were so annoyed as they’d notified the company when they booked and they should have been prepared. Unfortunately this was going to be a recurring theme for the rest of the tour but more of that next time!