The journey to the Bolivian side of Lake Titicaca (and the Isla del  Sol) was accomplished by bus. From Puno to Copacabana is a relatively short distance but getting through the land border is a different matter. There’s no sense of hurry or urgency, you simply have to suck up the queues and wait.

And when we did arrive it was to discover we’d passed into another time zone. Even though there was someone on the bus handing out customs paperwork, nobody had thought to tell us this interesting fact. Many of the people onboard were simply transferring to another bus and had missed their connections. Luckily for us we were just a bit late arriving and had to wolf our lunches  down with more haste than grace. 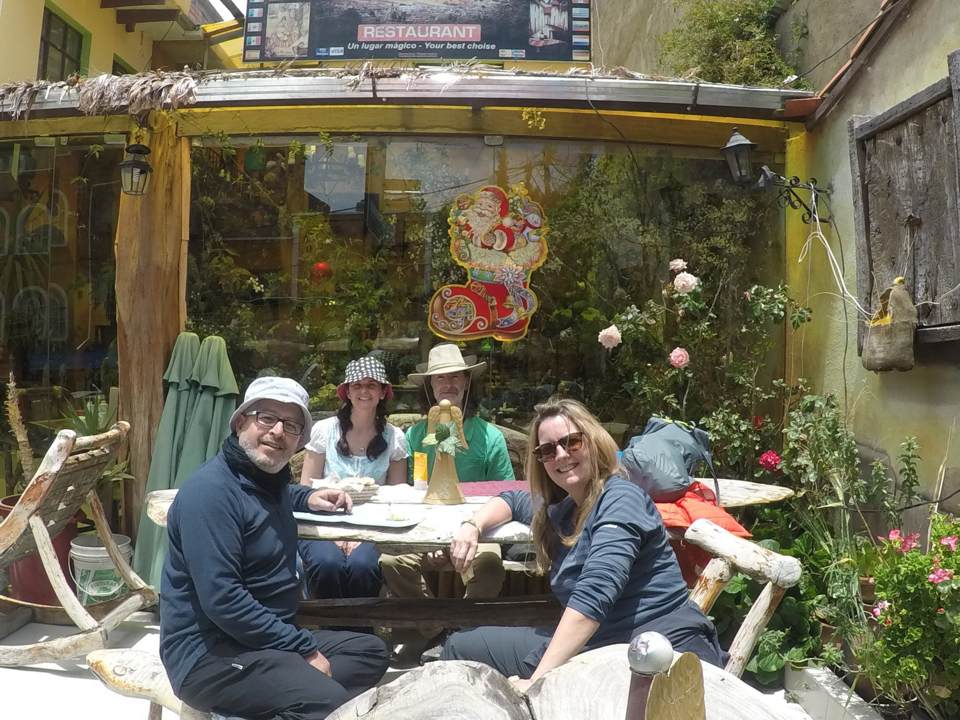 Our guide for the next couple of days was Rudi and he gathered us around on the shores of the lake to explain our itinerary. We were visiting the Isla del Sol and would end the day with a night’s stay at an eco lodge at the top of the island. Joining our group of four were two women from Colombia – Alejandra and Silvia. And of course they and Rudi all spoke fabulous English. We are so so lazy about learning languages in Britain.

On board a boat which was full of other groups all destined for the Isla del Sol we bounced over the waves to land in a really picturesque little harbour. Here we had our first experience of Bolivian toilets. No locks on the doors, a strict ration on toilet paper which is given out when you pay to use the facilities and barely running water. Alejandra and Silvia simply threw their coats over the top of the door to signify someone was using it. Maybe this is a common understanding in parts of South America. Either way I was going to do the same. 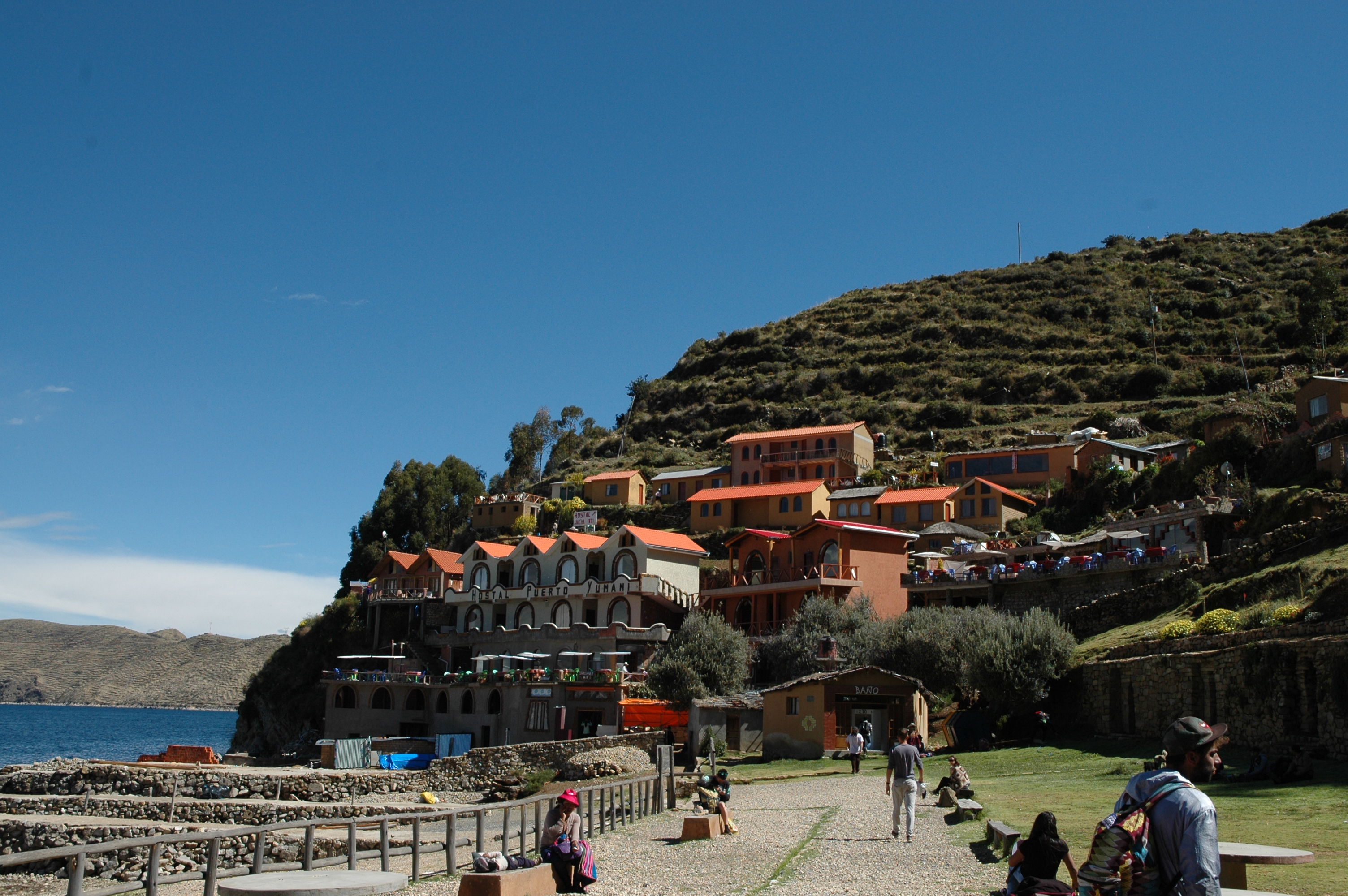 At the bottom of the Inca steps Rudi told us a bit more about the Quechua and Aymara people who regarded the lake as sacred. It is believed that from the lake came the very first Inca King and Queen. It was also once an ocean and the water is still 3% salty to this day with Seahorses also to be found. But we couldn’t hang around, we had the Inca steps to tackle – all 200 of them. I’m sure you’ll agree that the view was worth it though. 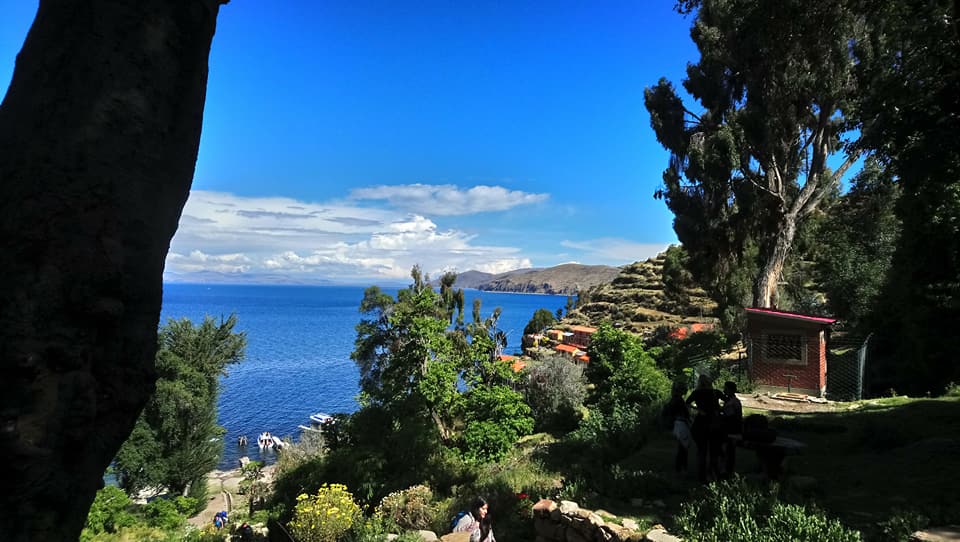 You could really feel the high altitude as we climbed the ancient but incredibly steep stairway. At the top (ironically enough) was the Fountain of Eternal Youth. Three separate channels have been carved into the rock for the water to run down and into the small pool below. The channels represent the underlying beliefs – do not steal, do not lie and do not cheat. Despite washing my hands in the water I can’t say I felt any younger as the climb ever upwards continued. More beautiful views especially over to the Andes helped us to forget any ache in our legs. 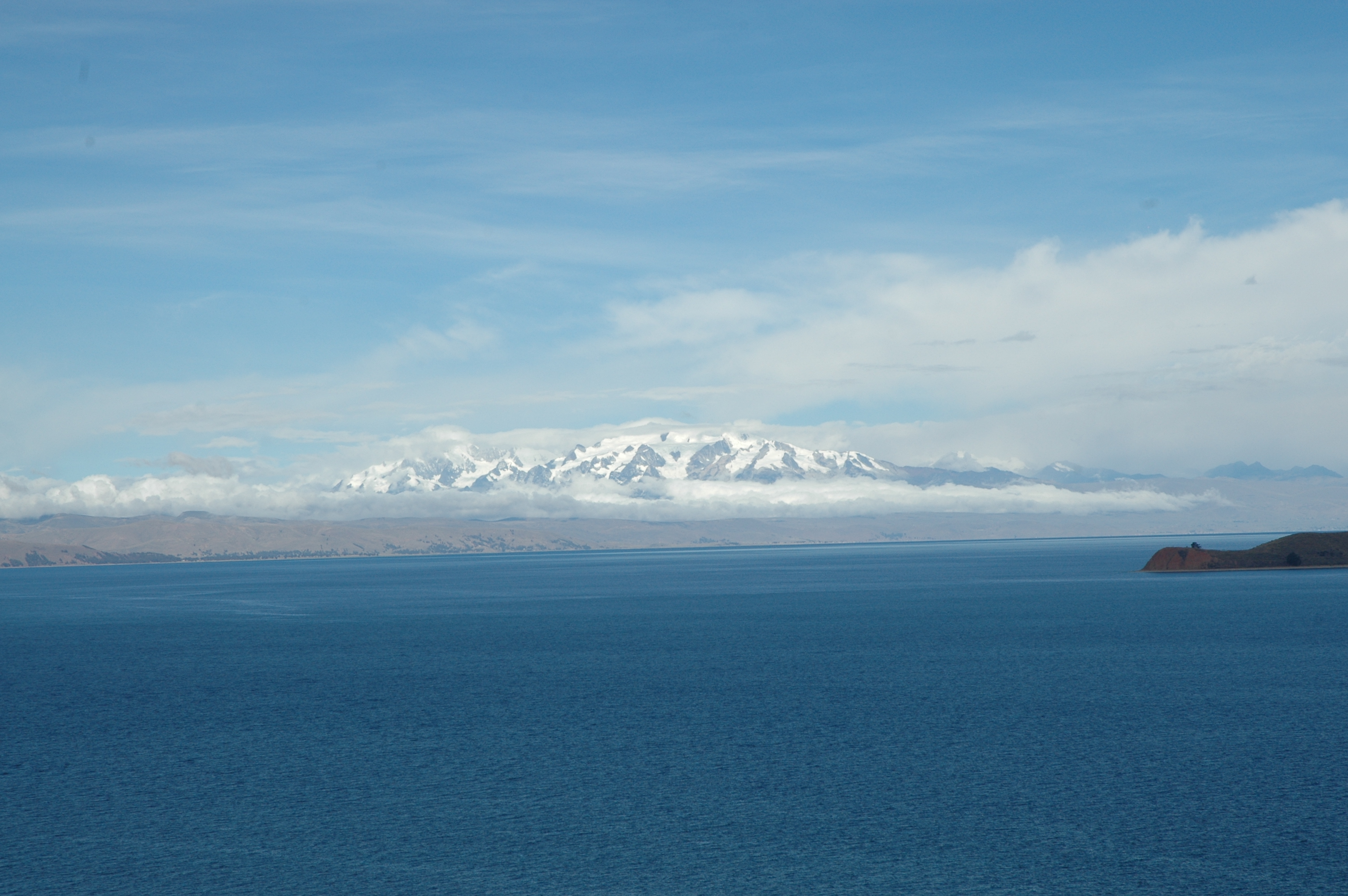 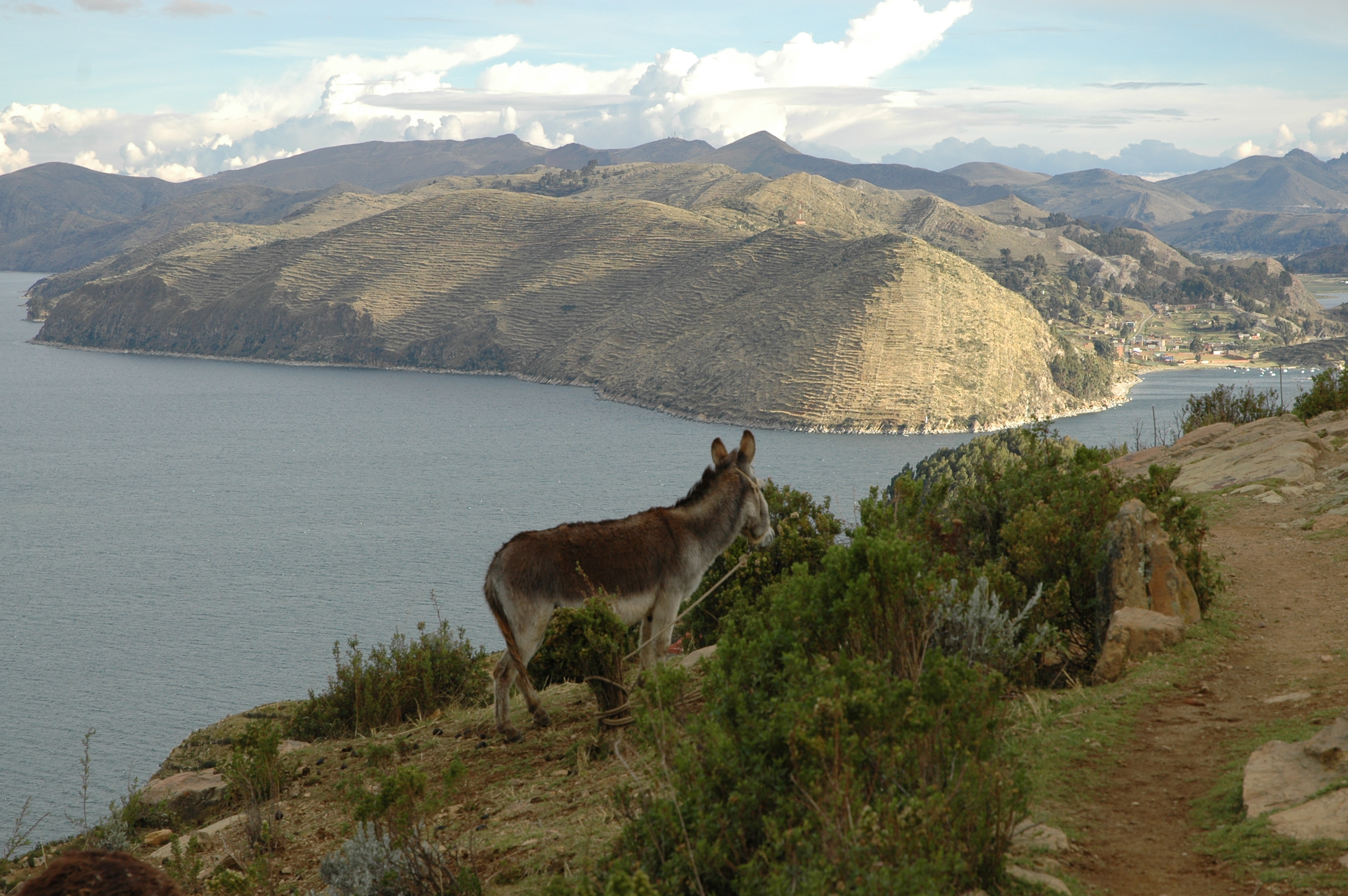 Unfortunately, my stomach was starting to make itself known and was definitely not happy. We were only half way up the island and our final destination, the eco lodge a far way off. At a crossroads (well of footpaths) Silvia and Helen had opted out of a walk down to an old temple. I couldn’t blame them really, having climbed up the Inca steps the temple was back down a fairly steep path and there was only one way back – up! Myself, Dom, Kass and Alejandra were keen to see it so despite the extra walk, we set off. Unfortunately my stomach had other ideas and abandoning the others I made my way back up the path as quickly as I could. I will spare you the gruesome details but thankfully Helen and Silvia had found the cafe at the crossroads to be open. Phew!

By the time we did make it all the way up to our eco lodge we were all feeling pretty tired. Obviously I don’t include Rudi in this, this was a walk in the park for him. But fatigue, dodgy tummies and hunger were all forgotten when we saw the view that awaited us. We were lucky to have come on such a sunny day and the sunset over the Isla del Sol was truly stunning. 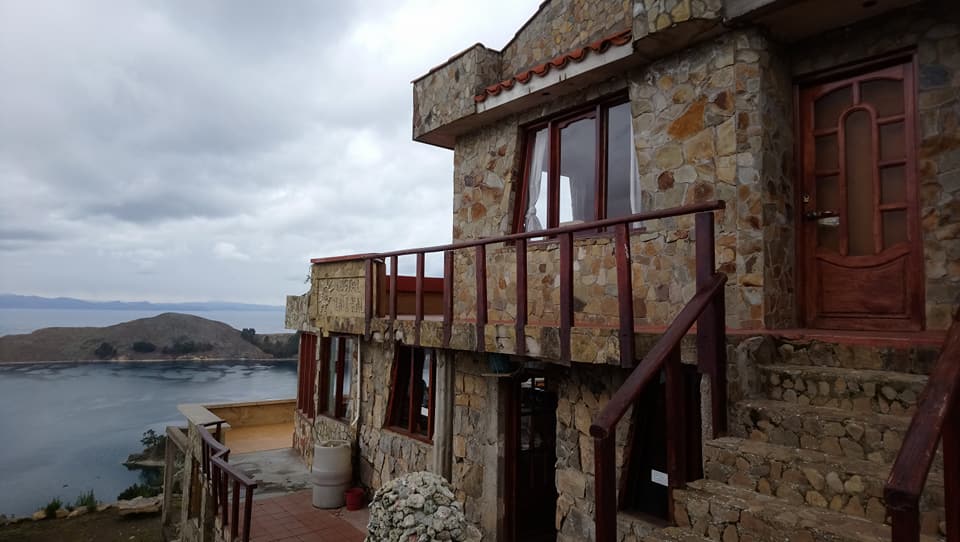 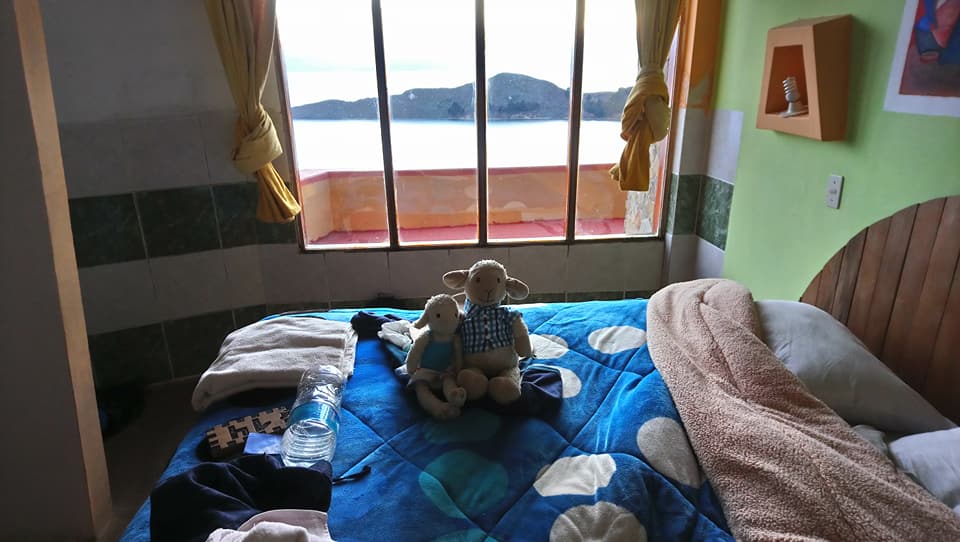 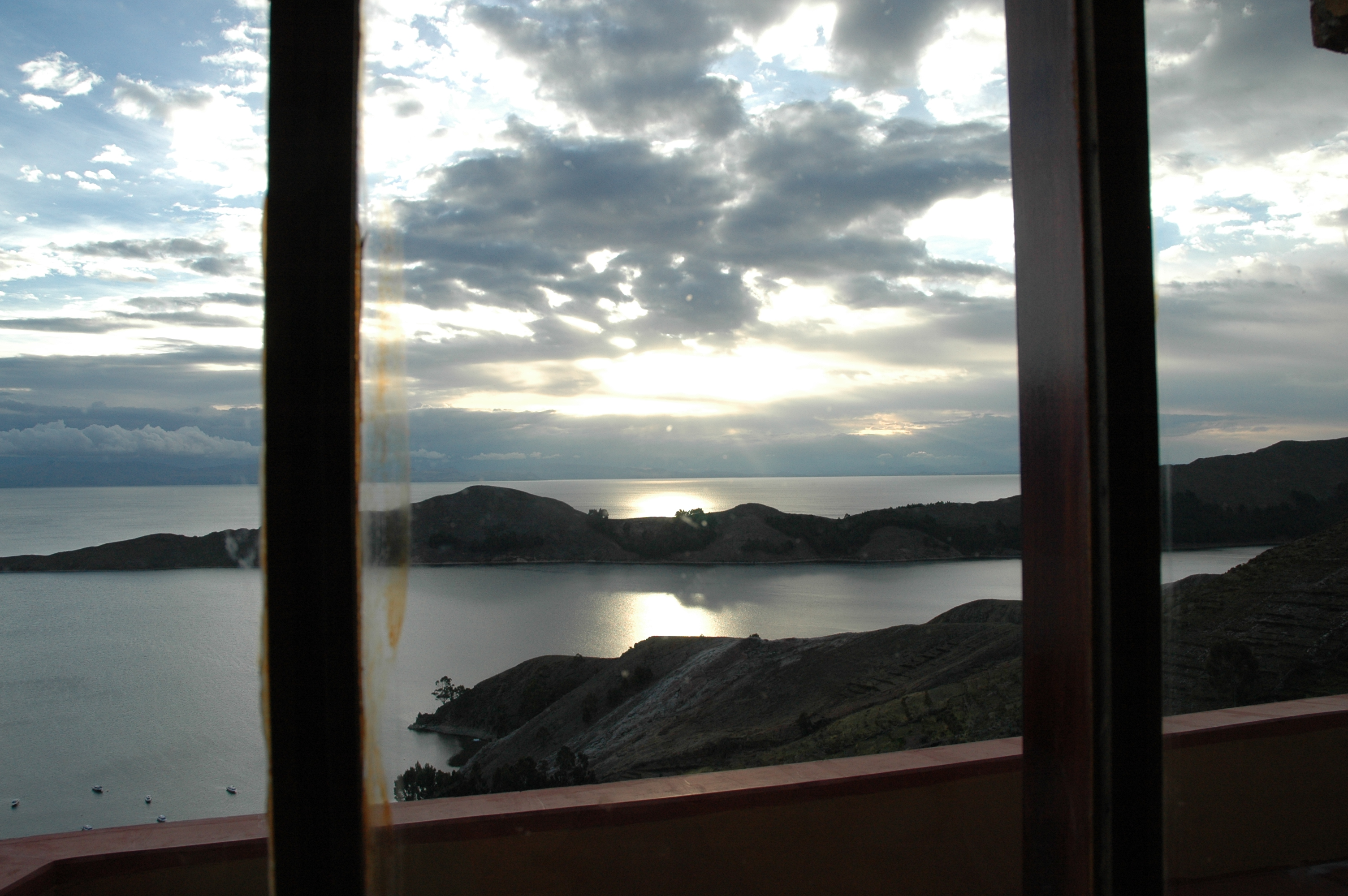 At home when we’d been planning this trip, we had all kinds of grand ideas about watching sunsets with glasses of champagne but the reality was a cup of tea while tucked under a blanket (genuine alpaca of course) and we wouldn’t have had it any other way.

For more information about Jude please visit her facebook page at https://www.facebook.com/JudeLennonAuthor/?ref=br_rs